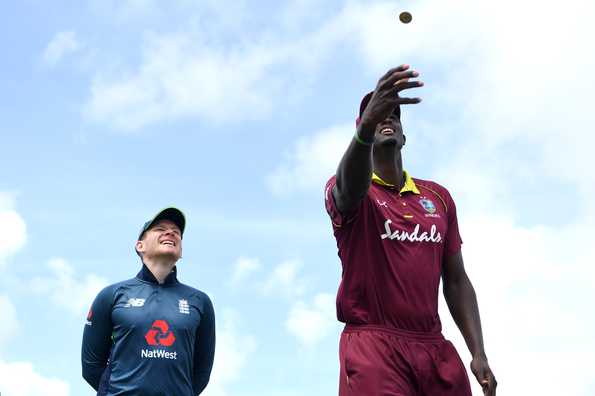 England are still in the Caribbean. Even the beaches are getting sick of them.

As this tour ticks over into three months, just three T20 internationals await before the visitors can finally go home after what has been a mixed and, ultimately, disappointing start to 2019. A 2-1 Test defeat, a 2-2 ODI draw. This T20I series, previously regarded as an afterthought, is now one they cannot lose, for ego's sake.

"Afterthought" is probably still the right word, too considering at present there is no plan to broadcast the second and third matches in the UK. When Sky Sports bought the rights for the tour, it featured just a solitary T20I. But Cricket West Indies looked to squeeze a bit of extra cash out of their visitors and later pegged two more on at the end. The board look likely to fold and let Sky have the rights for a fraction of the price. Let it be known - the game's greed will be the end of it.

Both sides are approaching the next week differently. West Indies, in announcing exactly the same squad as the ODIs, are looking to fine-tune their 50-over World cup squad. As such, Jason Holder has been announced as the new T20 captain, taking over from Carlos Brathwaite. Granted, the final XI may not be too different if they had gone with the many shortest-form specialists they have gracing the world stage given the number of injuries West Indies are having to deal with. Andre Russell, for example, will play no part in the series. His World Cup chances now look slim.

England, by contrast, sent a number of their ODI players home. As such, the likes of Joe Denly, Sam Billings, Dawid Malan David Willey have a chance to impress with Jason Roy, Jos Buttler, Ben Stokes and Moeen Ali returning home.

Crucially though, Joe Root remains. It has been a couple of years since he has played in an overseas T20I for England and, after a disappointing stint with Sydney Thunder in the BBL, he is desperate for game time. He was irritated by sitting out of the Trans-Tasman Tri-Series last year, even if publicly he declared he was amenable to the time off after a hectic Ashes. It was no secret he was dismayed by being passed over in the 2018 IPL auction.

Of course, Root and others will have their sights set on the World Cup. But there is something longer-term to play for here. England have very specifically focussed on ODI cricket for the last four years at the expense of their T20 form, losing 14 of 31 matches and doing so arguably without ever playing their best XI players together in that period.

But in 18 months there is a world tournament in Australia, and players such as Billings and Malan will know the 15 of this summer's competition is beyond them. The T20 World Cup, however, is very much up for grabs.

What to expect: The pitch is the same one that was used for the final ODI. For those unaware, that was very bouncy and carried through to the keeper nicely and Gayle's innings was more indicative of what could be achieved on it than England's (obviously). Given there were only 40.2 overs on it, it should play true.

A shot in the dark, this XI. England say they will rotate those who have had plenty of cricket in the Test and one-day series. Conversely, those who have been carrying the drinks or just arrived will get a go.

"The guys that haven't played want to show what they can do and that's a massive driving point for us. It makes us a dangerous team that guys coming in want to prove a point." - Dawid Malan