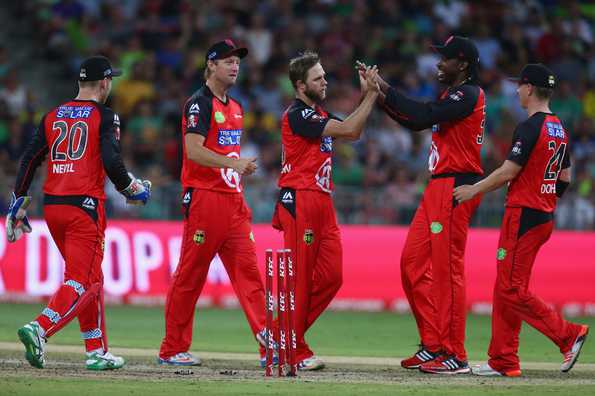 Up against table-toppers Adelaide Strikers, in what will be the final league game of Big Bash League 2015-16 on Monday (January 18), hosts Melbourne Renegades have their task cut out.

The equation is straightforward for the Renegades, who are eyeing a semifinal spot for the first time since the 2012-13 season. Batting first, Melbourne will have to score big and ensure they win by 38 runs or more. However, if they are to chase, the target will have to be scaled within 15.3 overs for them to better Sydney Thunder's net run rate and qualify for the knockouts, relegating Michael Hussey & Co. in the process.

Renegades have made one change to the squad by bringing in off spinner Nathan Hauritz in place of Aaron Ayre. But the absence of James Pattinson, who was ruled out earlier this week due to shin injury, will come in as a huge blow to their chances.

The absence of national stars Aaron Finch and Matthew Wade will be critical too but all eyes would be on their international recruit Chris Gayle. The West Indian opener hasn't fired yet this season and the do-or-die clash would be Gayle's last chance to live up to his swashbuckling reputation.

Meanwhile, for Adelaide Strikers the result at the MCG will be of little significance. Placed comfortably at the top of points table, with six wins out of their seven games so far, Adelaide will only be looking to for a win to carry on with the momentum ahead of the home semi-final.