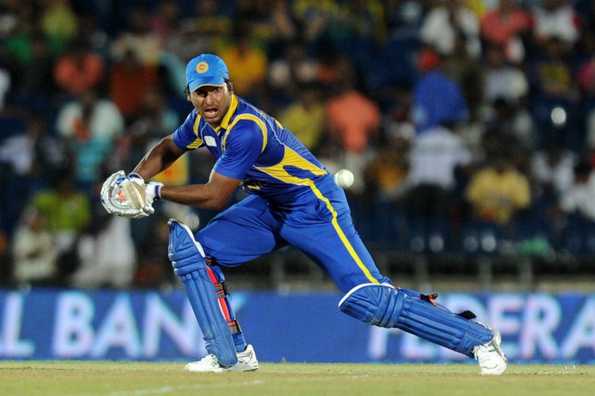 Kumar Sangakkara's (35) calmness and Andre Russell's all-round show propelled Dhaka Dynamites to a comfortable six-wicket victory against Chittagong Vikings at the Shere Bangla National Stadium in Dhaka on Friday (December 2). With this win, Dynamites consolidated their position at the top of the table with 16 points. Vikings, who had won five games in a row before this loss, are placed second on the points table with 12 points.

Chasing 135 to win, Dhaka Dynamites found themselves having to contend with an early setback as Mehedi Maruf fell early to Mohammad Nabi. Sangakkara came in at the fall of Mehedi Maruf's wicket and provided impetus to the chase by checking in a flurry of boundaries off Subashis Roy's bowling. However, Vikings were able to stymie the opposition's progress by bagging the scalps of Nasir Hossain and Mosaddek Hossain. Vikings then picked up the prized scalp of Sangakkara, with Zakir Hasan effecting a direct-hit from the deep and getting the Sri Lankan run-out.

Russell (31 not out) and Alauddin Babu (33 not out) then shared an undefeated alliance of 52 to guide Dynamites home, with 10 balls to spare. Russell, the sturdy all-rounder, gave a glimpse of his power with a mighty heave off Saqlian Sajib in the 16th over that sailed into the second tier of the stands at midwicket. Russell had also made an impact with the ball in hand by bagging the crucial wicket of Chris Gayle (1). For Vikings, Mohammad Nabi ended with impressive figures of one for two in two overs.

Earlier, Tamim Iqbal cracked a stroke-filled 59-ball 74 and shared a union of 86 for the fourth wicket with Shoaib Malik to ensure that Chittagong Vikings compiled a competitive total of 134 for 6 in their allotted 20 overs. At 33 for 3, Vikings were precariously-placed before Malik joined forces with Tamim to steady the innings.

Tamim prospered by mainly looking to explore gaps down the ground, while Malik manufactured room to thump the ball over the off-side. The highlight of Tamim's innings was the way smashed Dwayne Bravo through the line for a couple of sixes in the 15th over.

The Dynamites' set-up didn't help their cause by fluffing quite a few chances. Malik and Tamim both were reprieved once each in the 11th over off Shakib Al Hasan's bowling. To make matters worse, Zakir also survived a chance in the 18th over, with Bravo being the unlucky bowler.

Tamim and Malik were dismissed off consecutive deliveries in the slog overs and Dynamites were able to pull things back to some extent. Bravo and Ronsford Beaton picked up five wickets between them for Dynamites.