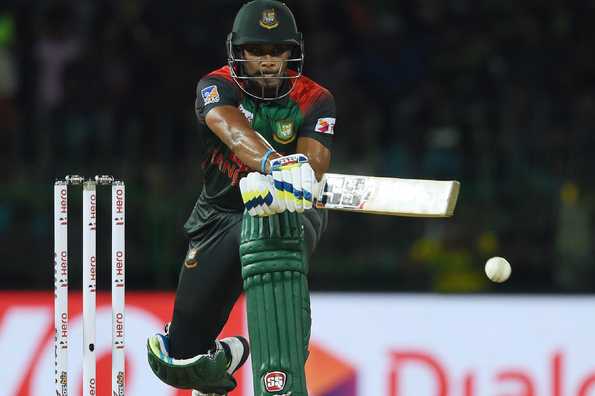 Sabbir Rahman's inclusion in the national team for the tour of New Zealand may continue to be heavily debated but the mercurial batsman gave a glimpse of his pedigree, slamming a 29-ball 44 in Sylhet Sixers' defeat of Khulna Titans in Chittagong. Sabbir combined with an equally belligerent Mohammad Nawaz (39* off 21) powered the Sixers to 195/4 before Nabil Samad (3 for 20) and Taskin Ahmed (2 for 6) combined effectively to bowl Khulna out for 137.

Khulna's 58-run drubbing was their eighth loss of the season leaving them firmly rooted to the bottom of the points table after 10 games. One of their two victories had come versus Sylhet, but their opponents were in no mood for such generosity today. It started right at the toss when Sylhet elected to bat and had Afif Hossain and Liton Das put on 71 in under eight overs for the first wicket. Barring a brief blip, when Jason Roy and Nicholas Pooran were dismissed cheaply, the hitting never stopped. Nawaz and Sabbir duly applied the finishing touches with an unbeaten 89-run stand, including 11 boundaries.

Khulna made a decent start with Brendan Taylor and Junaid Siddique hitting a flurry of boundaries. But the high asking rate meant players were constantly forced to play high-risk cricket, which for a team in a severe confidence crisis, was equivalent to getting bowled out with nearly two full overs to spare.

Johnson Charles and Christiaan Jonker played blazing knocks while Mustafizur Rahman provided another example of why he's one of the finest T20 bowlers going around as Rajshahi Kings pipped Chittagong Vikings in a high-scoring thriller in Chattogram. Rajshahi notched up a daunting 198/5 from 20 overs before restricting the Vikings to 191, consigning the league leaders to a second successive (third overall) loss.

Vikings' decision to chase didn't receive validation in the form of bowling efforts as Charles and fellow opener Soumya Sarkar scored 50 in the PowerPlay. Critically for Kings, no new batsman got himself stuck in the rebuilding loop thereby ensuring that the scoring rate never faced a dip. So even as Charles worked his way to a 43-ball 55, Laurie Evans scored a brisk 36 setting the base for a final flourish. That came courtesy Ryan ten Doeschate, who struck four sixes in his 12-ball 27, and Jonker who made 37 from just 17 balls to propel the total to a smidge under 200.

The Vikings were not table toppers for nothing. Mohammad Shahzad blitzed five sixes in his 22-ball 49 and shared stands of 31 and 48 for the first two wickets with Cameron Delport and Yasir Ali. Mehidy Hasan delivered the crucial breakthrough for the Kings by removing the Afghanistan batsman. The responsibility of the chase fell to Yasir, who completed a half-century but Vikings' momentum was hurt by a strangely restrained Mushfiqur Rahim (22 off 20). Sikandar Raza attempted a late rescue act with a 15-ball 29 but was castled by Mustafizur off the first ball of the final over with 13 needed of 6. Mustafizur's brilliance at the death then kept the Vikings at an arm's length.