Bravo shines with the ball in Knight Riders' convincing win 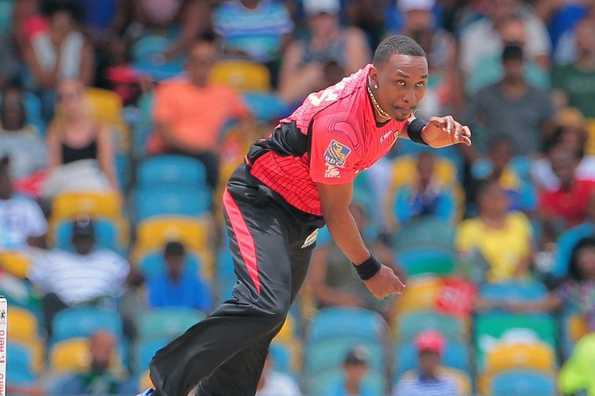 Dwayne Bravo's stunning four-wicket haul led defending champions Trinbago Knight Riders to a comfortable win over St Kitts and Nevis Patriots in a dead rubber Caribbean Premier League 2016 clash at the Central Broward Regional Park Stadium in Florida on Sunday (July 31). Bravo's 4 for 13 capped off an impressive bowling effort from the Knight Riders, who also had ace spinner Sunil Narine taking 1 for 9 in his four overs, to restrict Patriots to a sub-par 137 for 6. Despite losing Hashim Amla early, Knight Riders were never in trouble in the chase and cantered to the target with 18 balls to spare, thanks to an unbeaten 74-run third wicket stand between Denesh Ramdin (52) and Brendon McCullum (43).

Notwithstanding the fact there were no riders on the outcome of the match, Knight Riders dearly sought a win to carry a positive vibe into their crucial playoffs clash against St. Lucia Zouks. There was also the minor need to avenge their surprise defeat to the Patriots from two days ago. Faf du Plessis, whose bottom-placed side has struggled for consistency throughout the tournament, had spoken about the need to put on a show for the fans in order to bow out on a morale-boosting high. He won the toss and elected to bat but was almost instantly made to regret his decision.

After three steady overs had brought 20 runs on the board for the Patriots, captain Bravo brought himself on to the attack and instantly orchestrated a double strike. The in-form Evin Lewis was done in by the extra bounce and was caught at short third man. Three deliveries later, du Plessis yorked himself after looking to advance towards the bowler and was cleaned up for a duck. Kieran Powell, who until then had looked largely untroubled, fell in Anton Devcich's next over for a 17-ball 23, effectively reducing the Patriots to 25 for 3.

Forced into a period of rebuilding, Lendl Simmons and Jonathan Carter could add only 21 in the next five overs despite the former's desperate attempts to break the shackles. Carter helped himself to a succession of sixes giving Patriots, some hopes of a revival. However, a missed attempt at a sweep off Narine gave Ramdin an opportunity to whip off the bails and cut short Carter's stay. Simmons blitzed boundaries off Kevon Cooper en route registering a 30-ball half-century but Bravo's death-overs ability with the ball and the lack of support from the other end meant Patriots could only muster 137.

The chase was never in doubt despite the early loss of Amla. William Perkins and Denesh Ramdin got together for a 58-run second wicket stand, that shut the door on the Patriots. Dropping down the order then worked wonders for the struggling McCullum, who feasted on an insipid bowling attack to help himself to an unbeaten 28-ball 43. Ramdin, not as destructive as histeammate, collected a half-century to seal a crushing win for his team.