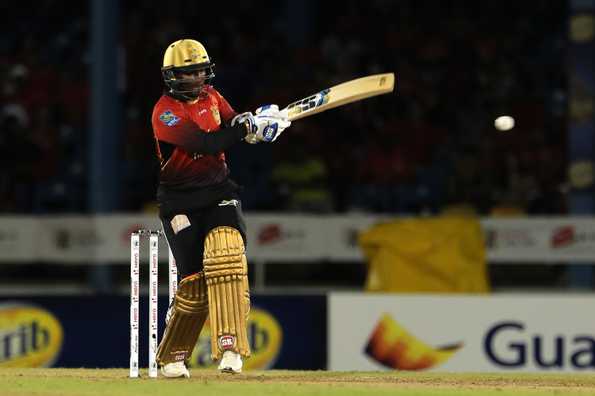 Trinbago Knight Riders cruised to another win, their seventh in nine games, after an all-round performance at the Queen's Park Oval in Port of Spain on Friday (September 7). After setting the Barbados Tridents 181 to pick up what would have been only their third win in the Caribbean Premier League, they restricted them to 171 for 5 in the end to pick up a nine-run win.

Asked to bat, Trinbago's top four chipped in with handy contributions, but Denesh Ramdin (50 off 31 balls) and Dwayne Bravo (33 off 20) were instrumental in taking them to a challenging total. What didn't help Barbados either were that they conceded as many as 13 extras, with nine wides. Imran Khan struck in successive overs to dent Trinbago back, having Colin Munro and Ramdin depart, but late runs from Bravo gave them the finish they needed.

Barbados, on the other hand, had contributions throughout their line-up, with all of their batsmen on the day reaching double figures. That the runs at the top came at strike -rates of just about and over 100 pegged them back in the game. 'Keeper Nicholas Pooran slammed four sixes and two fours en route his 32-ball 44 but that was the only sizeable contribution that came from the starts all the batsmen got.

Fawad Ahmed finished with 3 for 28, accounting for Barbados's top three, but it was Khary Pierre, who conceded only 4.67 an over who tied them down despite not having picked a wicket in his three overs, albeit the Tridents giving away 16 runs as extras.

Barbados, after the loss, have been left stranded on the bottom of the table.