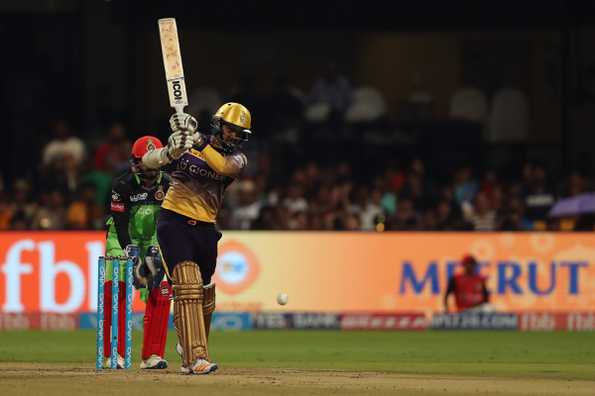 Kolkata Knight Riders drew an incredible parallel with the story of the 'hare' from the hare and tortoise story of Panchatantra, the ancient Indian anthology of fables. KKR hared their way to the top of the points table, lost much of their steam towards the second half of the tournament and in the end, looked exasperated in their Qualifier 2 clash against the eventual champions, Mumbai Indians. To say they peaked at the wrong time would be unfair, because that is what carried them into the playoffs but when they look back now at their campaign, they would know things could have been a lot better than what it ended up being. They had long been a team of two tales and thus continued to be.

In an interview, Gautam Gambhir mentioned how he didn't believe in picking players with 'hope' and rather picked them with 'trust'. Much of that thought process came across in how KKR seamlessly managed to switch from their age-old traditional stronger suit of spin to unravelling a new store of pacers. It didn't just stop there. The Kolkata based-franchise's move to open with Chris Lynn at the cost of disturbing another deep-rooted traditional pair of Gambhir-Robin Uthappa worked wonders. And when Lynn went out with an injury for almost, most of the season, they backed Narine to open and provide them the results. And when KKR stood at the brink of a big match, they had the audacity of leaving out Kuldeep Yadav and playing Piyush Chawla, more so against a left-handed dominated batting attack of Sunrisers Hyderabad. When Chawla removed the thorn in the eye - David Warner, Gambhir's trust was vindicated.

More than just the risk, it was the conviction with which KKR operated that stood out as a highlight.

The chink in the arm(oury)

While KKR came across as one of the most balanced outfits of the competition, its dependence on the Indian troika of Gambhir, Uthappa and Manish Pandey showed, quite glaringly at times. Although the three of them struck 11 fifties together (which makes for a terrific number), the occasions they failed, the likes of Yusuf Pathan, Colin de Grandhomme or Suryakumar Yadav didn't manage to exude much confidence. The lower middle-order needs a relook and maybe it has started already with Pathan being left out for the first time in forever, during the second qualifier.

This wasn't the first time when KKR lost steam in the business end of the tournament. Having shared the podium with MI for most parts of the tournament, KKR looked all but assured of a top-two finish. It was a shame that it boiled down to their final contest, against their nemesis MI. While they would rue two missed opportunities against the eventual champions, one where they just cluelessly threw the game away in the last three overs and the other where they botched a brilliant start to fall short in an achievable chase, it had just about created enough demons to haunt them in their final step before the final. The sooner they find an antidote, the better it would be for them. As of now, the head to head which stands at 16-5 in favour of MI, is here to stay.

If until the start of the season, someone asked what was Kolkata's strength, the unanimous answer would have been 'spin'. Playing on abrasive, low and slow turners at the Eden Gardens, KKR had built a strong fortress on it. Nourishing their spin wizardry - Narine, Chawla, Shakib Al Hasan and Kuldeep - in favourable conditions, the team had become almost predictable, but not at the cost of being successful.

But come the tenth chapter of the IPL, KKR showcased a different countenance - something none had ever imagined. There were talks of a changed surface and truth be told, the conditions looked completely different when India played a Test against New Zealand before locking horns with England in an ODI. Away from everyone's eyes, KKR had readied themselves well by gunning for pacemen in the 2017 auction. The addition of Trent Boult, Chris Woakes and Nathan Coulter-Nile went a long way in taking the two-time champions as far. 37 wickets between the overseas pace battery and helped further by Umesh Yadav's 17 wickets turned a new chapter in KKR's otherwise spin-splattered history. To bowl out the Royal Challengers Bangalore for the lowest ever IPL score - 49, KKR never turned to any of their spinners. That in itself was the start of a new trend - #KKRForPace

The mystery stroke of the season

'Mystery' is a rather overused word in the cricketing world, more so when they play cricket in unending amounts and beam all of it right into your television screens. With data analysis having already become a ritual, Narine and a lesser discovered Yadav have to work that extra harder to conceal their trickery. But KKR's mystery was a step ahead, they held their favourite card close to their chest till the point where they gained more out of the surprise than just sheer quality.

Narine had opened on less than a handful occasions, beginning his tryst with the Melbourne Renegades at the Big Bash but little did anyone know that KKR would substitute the injured Lynn with the West Indian. When Narine played an airy drive to the long-off stands off the bowling of Sandeep Sharma in his first game as an opener, he left the onlookers gaping. Within a matter of few more minutes, Narine had already established that the feat was no flash in the pan. With a head as still as a rock, a bat swing as proper, he seemed like a man so assured of his skill. Taking Kolkata off to several quickfire starts, Narine fulfilled his job to the tee. Towards the end, more importantly in the second qualifier, he was found napping against MI and had perhaps reached his sell-by date. But to do the damage he did, he more than just managed to remain KKR's mystery man, this time with the bat though.

The 'high' of the season

Perhaps, the most telling blow of the competition came when KKR hooked and jabbed away at RCB, to push them to a corner of the ring. There were hardly any punches thrown in defense and the bell rang well too early and to enormous embarrassment of the Bangalore unit. When KKR were bottled up for a meagre 131, after getting off to a flier, the powerful batting line-up of RCB looked assured of chasing it down without much challenge. But what turned out to be the quickest submission in the history, the visitors were blanked out for 49 in under ten overs. For someone as bull-headed as Virat Kohli to turn up meek right after the game, spoke a lot about how KKR had pinned their opponents. "Very hurtful for me to stand here and talk. I thought we could capitalize and cash in during the chase. I can't say anything now, but our performance was unacceptable. Disgraceful batting, reckless from us, one of the worst collapses ever," said Kohli.

There's more ambiguity than anything else to what the next IPL season beholds. There ought to be a retention policy to ensure the business and brand health of the gala event but up to how many players could be retained is something even the governing council wouldn't know as of now. But there would be Gambhir at the helm of affairs and he would go all out to strike a deal between a bit of his core and his new found artillery in the form of foreign pacers.

Retention aside, KKR should look forward to rejig their lower middle-order by blooding in young Indian batsmen, a breed that's only growing in the country now. Or just hope that they get hold of their man, Andre Russell, again, or someone alike.