We are ready for the final: Gambhir 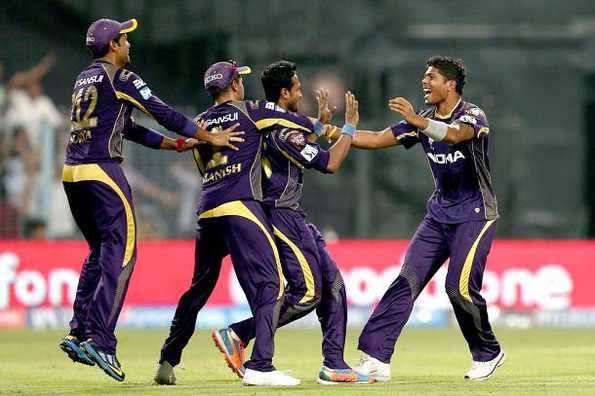 Having already tasted success in the 2012 edition of the tournament, Kolkata Knight Riders (KKR) skipper, Gautam Gambhir is hoping for a repetition of the same when his side clashes with Kings XI Punjab (KXIP) in the final at Bengaluru on Sunday.

Talking to the press ahead of the encounter, Gambhir exuded confidence about his team, but stressed the need for all the three departments of the game to fire in unison if they are to lift the trophy for the second time. You don't need to do anything different tomorrow. Ultimately, it is still a game of cricket, which needs to be played well. The pressure will be equal on both the sides and whichever side holds their nerves for long periods of time and whoever can do their basics well, will end up being the winner," he said.

Virender Sehwag was instrumental in Punjab making it to the title clash, his 58-ball 122, the cornerstone of Punjab's massive score of 226 against Chennai. Having been his opening partner for India, Delhi as well as the Daredevils, Gambhir lavished praise on his former opening partner as well as a close friend.

"I loved it and it was very pleasing to see. A big-match player always puts his hands up on the big day and that is what Virender Sehwag did against the Chennai Super Kings. He was hitting the ball well throughout the tournament and it was just about spending more time at the crease. I was happy with the way he batted in the last game and I have always believed that he is the greatest match-winner India has ever had," he said.

But Gambhir hastened to add that friendship will not come in the way during the final on Sunday. "For me no individual has ever been important than the team. When we walk on the cricket field, we would be thinking of getting Sehwag out and he would be thinking of getting me out. We still have a lot of respect for each other, but friendships are meant to be off the cricket field and not on it," Gambhir said.

The Kolkata skipper felt that Punjab were worthy opponents in the final, given that they were mighty consistent at the league phase of the tournament."We rate the Kings XI as a very dangerous and quality side and we have to play well in all the three departments to beat a side like them. We need to do our things really well rather than thinking about the weakness of the opposition. That is how we have gone in this tournament and that is how we will go about tomorrow as well," Gambhir noted.

Having cruised through to the final after winning the first qualifier, Kolkata have had time to rest and relax, something that Gambhir noted was very vital on long tournaments such as the IPL. "The guys have gone back home and come back fresh, which is very important. When you play such a long tournament, you want breaks in the middle. There have been times in the tournament when we have played games on the trot. The guys really deserve that break, but we are ready to go tomorrow," he said.

The left-handed batsman also came out in support of ace mystery spinner, Sunil Narine, who decided to stay back for the final rather than go back home to attend the prepare for the Test series against New Zealand. Consequently, he was left out of the Test series by the West Indian selectors. Gambhir said had he been in Narine's place, he would have also done the same thing. "It is unfair for the player when his team reaches the final and he is asked not to take part in it. Narine has taken the team to the final and has taken the right decision of wanting to play for KKR in the final because it is an important game. Any player would have taken that decision and I completely support him. If I would have been in his position, even I would have done the same thing," he concluded.