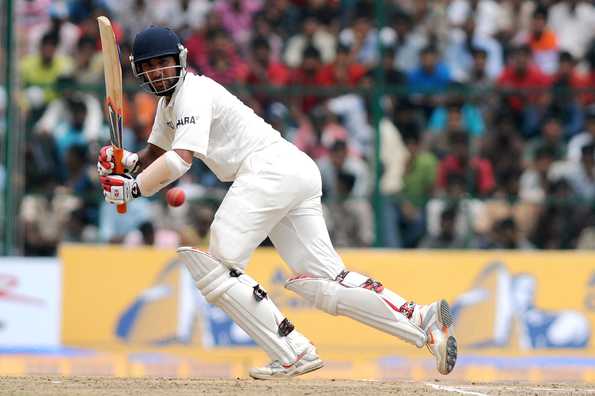 "Well, yeah (they are a strong team). But unlike in 2013, we're more confident this time around," Jaydev Unadkat, sporting a trendy haircut and awaiting his turn to bowl in the nets, says confidently when asked how he and his team have prepared for the Ranji Trophy final in Pune on Wednesday (February 24).

Mumbai and Saurashtra meet in the final for the second time in four years, and unlike in 2013, the teams look more evenly matched. Last time around, Mumbai vaunted of Sachin Tendulkar, Wasim Jaffer and Ajit Agarkar, and the team steamrolled Saurashtra inside three days to claim their 40th Ranji Trophy final.

Mumbai's incredible record in the Ranji Trophy (40 wins and 45 finals) could further swell in Pune. The Ranji giants will go into the final as favourites, although they will know Saurashtra are more than capable of coming out on top.

Mumbai's record and performances in Ranji Trophy finals, though, stands out and Saurashtra will have a massive task on their hands. Mumbai's captain Aditya Tare, however, felt that the 40-time champions tag that his team carries is not significant.

"The bottom line is, we haven't won any trophy yet, so can't really judge us at the moment. We have done well to come into the finals but we still have a long way to go. This team, barring 3-4 of them, no one has won a Ranji trophy so I don't think we have the right to carry the tag on us. The teams in the past have won it 40 times. We are still young and we haven't won it yet so it will be a good challenge for us to do something special this season and for years to come. This team is gelling well. The youngsters are extremely good and we have a bright future ahead," he said.

In Akhil Herwadkar, Shreyas Iyer, Suryakumar Yadav and Aditya Tare, Mumbai have a batting line-up that can intimidate easily. Their bowling, too, will be boosted by the return of Dhawal Kulkarni.

Iyer and Herwadkar, with 1204 and 879 runs, top the batting charts in the Ranji Trophy and will be the batsmen to watch out for. Captain, Tare too showed he's in fine form, scoring a hundred in the semi-final against Madhya Pradesh. Suryakumar Yadav, Siddesh Lad and Abhishek Nayar complete the rest of the formidable batting setup.

Saurashtra, on the other hand, will bank heavily on Cheteshwer Pujara to hold firm. The right-hander comes on the back of a superb hundred in the semi-final against Assam, and a repeat will raise the underdogs' hopes of pulling off an upset. Pujara has also played some of his best cricket against Mumbai in the past.

"I always love playing against Mumbai," Pujara confirmed while speaking to the media. "If you see, I've always scored against them. That's a positive for me but we don't want to look at whom we are playing against, rather just focus on our plans and what we have to do.

"We have good fast bowlers. Jaydev Unadkat is back in form. The way he bowled in the semis and quarters was unbelievable. To get more than 10 wickets in both games and at crucial times... he looks in good form. Other bowlers are supporting him very well. It's a very good team combination," he added.

The in-form Sheldon Jackson, Sagar Jogiyani and captain, Jaydev Shah add more steel to the Saurashtra batting line-up, but the team will have a big task should the experienced players falter.

Jaydev Unadkat, too, will have to play a key part if the side are to claim their first ever Ranji Trophy triumph. The left-armer has shot into the limelight with two brilliant back-to-back bowling performances, against Vidarbha and Assam. He took a total of twenty wickets in the two games, and on a pitch that is expected to aid the fast bowlers, Unadkat could well be Saurashtra's trump card.

The pitch at the Maharastra Cricket Association Stadium in Pune has been in the limelight for the past few weeks. India and Sri Lanka were greeted with a green top when they played their T20I on the 9th of February, and the home side failed to cope with the conditions and were shot out cheaply. The track for the final is expected to be on similar lines and both teams will be playing their first Ranji match at the MCA Stadium, making the conditions even more alien to them.