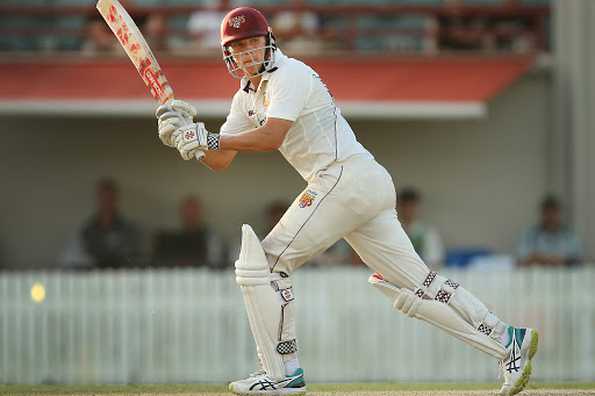 After Tasmania were bundled out for 477, Queensland started on a good note, with Matt Renshaw (37) and Joe Burns (49) stringing together a stand of 59 for the first wicket. Jackson Bird, the mainstay of Tasmania's pace attack, made the initial incision by dismissing Renshaw.

Burns and Marnus Labuschagne, the 23-year-old, continued to pile on the runs with a 69-run alliance for the second wicket. Thomas Rogers, the all-rounder, broke the promising stand by removing Burns. Rogers also castled Labuschagne as Queensland were reduced to 133 for 3. At that crucial juncture, Hemphrey and Heazlett joined forces and steered the side to safer waters at stumps. Hemphrey cracked three fours, while Heazlett collected four boundaries.

Earlier, Tasmania resumed Day 3 at 360 for 6. Despite losing Rogers in the first over of the day, the visitors added useful runs (117) to compile a sizeable total. Sam Rainbird, batting at No. 9, accumulated a crucial 57, while Andrew Fekete, the last man, ended up with an unbeaten 25. On Day 1, Matthew Wade had compiled an impressive hundred for the visiting side. Brendan Doggett, the tall pacer, who bagged his maiden five-wicket haul in first-class cricket last month, finished with impressive figures of 5 for 101.

Tasmania have won the Sheffield Shield three times, while Queensland have hoisted the trophy on seven occasions.