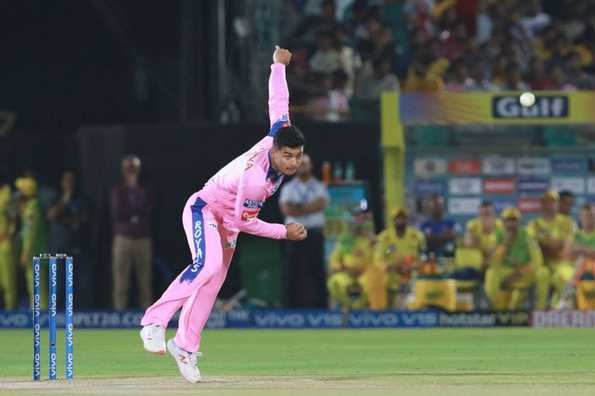 Azim Kazi's all-round efforts helped Maharashtra register a three-wicket win over Himachal. Chasing 202 for a win, Maharashtra were reeling at 28 for 4, when Azim joined force with Naushad Shaikh to forge a century stand. His 82-ball 84 included 10 boundaries and a six. Earlier in the day, he also bagged two wickets. The second consecutive win has taken Maharashtra to the top five on the combined Group A and B points table.

Parvez Ahmed's four-fer went in vain as a combined bowling effort by Manipur helped them restrict Mizoram to 161 for 8 in their chase of 171. Taruwar Kohli's unbeaten 115-ball 64 didn't prove enough even while chasing a modest total as Mizoram lost by nine runs to hand Manipur their first win of the season.

Sunny Rana's fifer helped Uttarakhand skittle out Sikkim for 52 and register a massive 253-run win to move to the top of the Plate points table. Led by half-centuries from Karn Veer Kaushal, Unmukt Chand, Avneesh Sudha and Tanmay Srivastava, Uttarakhand had posted 305 for 9. In response, only two of Sikkim's batsmen managed to register double-digit scores.

Riyan Parag's four-fer set up Assam's 10-wicket win against Arunachal. Electing to bat, Arunachal were bowled out for 112, with Neelam Obi's 29 being the highest score of the innings. Assam took only 14.3 overs to chase down the total, with the openers - Pallavkumar Das (76*) and Swarupam Purkayastha (36*) completing the formalities. The big win has helped Assam move to third spot on the points table.

Swapnil Singh's four-fer bundled out Odisha for 73 and Baroda registered a 9-wicket win. Soyeb Sopariya and Bhargav Bhatt combined to bag five more wickets as Baroda asserted their dominance all through the game. The total was chased down in 15 overs with Aditya Waghmode scoring a 56-ball 47*. While the win has done little for Baroda, the massive loss has pushed Odisha out of the top five on the combined points table.