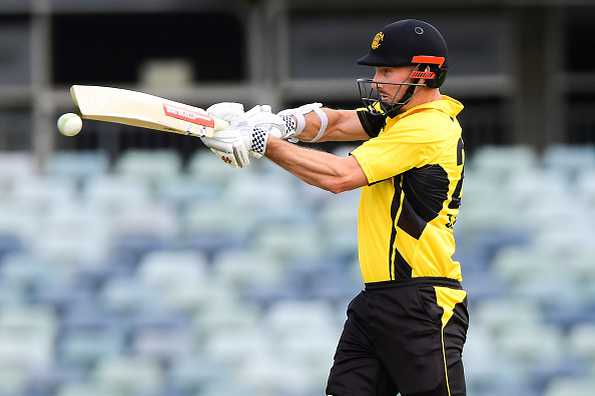 Western Australia registered their third win of Australia Domestic One-Day Cup 2019 despite Daniel Hughes' unbeaten century for New South Wales on Monday (September 30) in Sydney. With this win, they jumped to the number one spot in points table replacing Queensland courtesy of a better net run rate.

Having put in to bat first by New South Wales, Western Australia got off to a decent start with D'Arcy Short leading the way in opening overs. However, after the opener's dismissal, the Marsh brothers came together and stitched a 62-run stand for the third wicket. Mitchell Marsh departed after getting a start but Shaun played a fluent knock of 82 that comprised of five boundaries and four maximums to give Western Australia a respectable total of 210 for 6. Due to rain intervention in the first innings, the target was revised to 244 and NSW had to chase it down in 35 overs.

In reply, New South Wales lost an early wicket in the form of Jack Edwards, but Hughes and Moises Henriques had a brilliant 142-run stand for the second wicket. And just when things were going according to a perfect script for NSW, Nathan Coulter Nile dismissed Henriques for 75. Thereafter, Western Australia kept taking wickets at regular intervals and although Hughes notched up a superb century, the chasing team fell short of the target by eight runs.

Andrew Tye tied up the opposition in the final over with his accuracy and choked the lower order batsmen. But it was due to Nathan Coulter Nile's three wickets that Western Australia managed to defend the total.