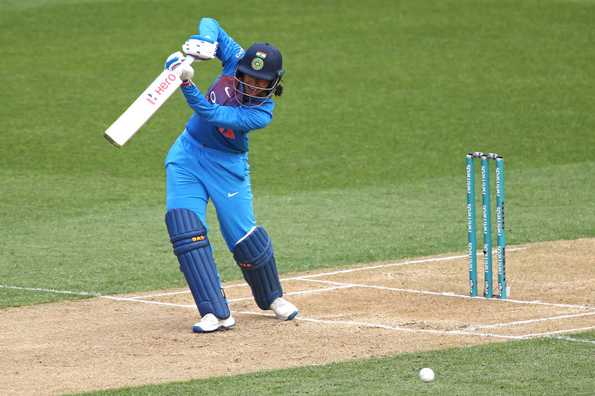 Half-centuries by Shafali Verma and Smriti Mandhana paved way for India's comfortable 84-run win over West Indies in the opening T20I at the Darren Sammy National Cricket Stadium, on Saturday (November 9). The duo stitched a 143-run stand for the opening wicket and helped India to 185 for 4 before the bowlers restricted the hosts to 101 for 9.

The 15-year-old Verma, who had come into the match at the back of a splendid run in the domestic T20 competition, where she finished as the highest run-getter, brought up her maiden international half-century within the first-half of the Indian innings, as the visitors cruised to 102 for no loss in that space. Her innings of 73 included 6 boundaries and 4 sixes before she became the first victim of the day, falling to Shakera Selman. However, through the course of their alliance, they broke several records. Their partnership was the highest for any wicket by an Indian pair in T20Is, bettering the 130 scored by Thirush Kamini and Punam Raut against Bangladesh in 2013. It was also the 14th highest overall, and 8th highest for the first wicket in T20Is.

In the company of the youngster, even Mandhana crafted her fifty, continuing her good form on return from injury. The southpaw hit 11 boundaries en route her 46-ball 67. With the first wicket falling in the 16th over of the innings, power-hitters like Harmanpreet Kaur and Pooja Vastrakar were promoted to up the ante. Harmanpreet played a 13-ball cameo, scoring an unbeaten 21, while Veda Krishnamurthy too provided a late flourish with her 7-ball 15.

Selman and Anisa Mohammad shared the four spoils amongst them, bagging a brace each. Hayley Mathews proved to be the most expensive of West Indian bowlers, conceding 39 runs from her four overs while Chinelle Henry gave away 26 from the solitary over she bowled.

In response, West Indies struggled to stay in the chase for too long, especially with the openers - Matthews and Natasha MacLean - falling early. Shermaine Campbelle tried to steady the innings but kept running out of partners. Even her 34-ball stay at the crease didn't do much good to West Indies' chances as her poor scoring rate, of less than a run a ball, only stretched the requirements further away from the hosts.

There were three partnerships of 20-odd runs before the crumble began with the lower order. Shikha Pandey, Radha Yadav and Poonam Yadav bagged a brace each, while Deepti Sharma and Pooja Vastrakar too returned a wicket each as India took a 1-0 lead in the five-match series.