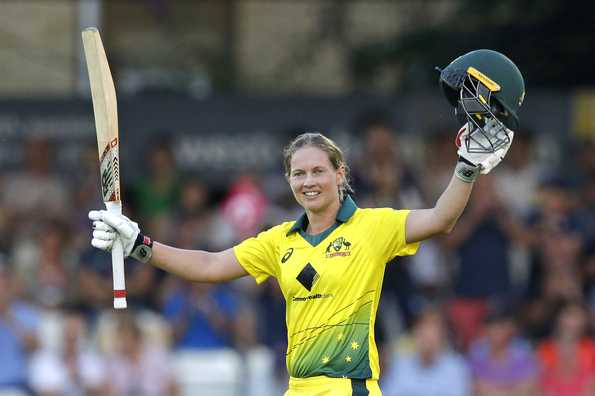 Australia came up with a record performance in Chelmsford in the first T20I to extend their dominating run in the Ashes. Meg Lanning struck an unbeaten 133 off 63 deliveries to register the highest individual score in Women's T20Is, powering Australia to their highest T20I total of 226 for 3. The hosts were then restricted to 133 as Australia registered a 93-run victory - their biggest win in terms of margin of runs in T20Is, which was also England's heaviest defeat.

With Australia retaining the Ashes after the drawn one-off Test in Taunton, England were hoping to at least secure an 8-8 series draw by winning all three T20Is. However, Australia's comprehensive victory meant that the visitors have now extended the points lead to 10-2, continuing their dominating display in this Ashes.

Having opted to bowl, England tasted some success straightaway as Kate Cross accounted for Alyssa Healy in the opening over. However, England's joy was short-lived as the Australia captain joined forces with Beth Mooney in a 134-run association, which also came in quick time, to provide a superb platform for her team.

When Mooney was dismissed in the 13th over for 54, Lanning had raced away to 80 off 40 deliveries. The skipper faced 23 more deliveries in which she scored 53 as Australia went past their previous best of 209 - against England in March 2018 - to post the fifth highest total in Women's T20Is. Lanning, meanwhile, went past Sterre Kalis's 126 not out for the highest individual score in T20Is, having become only the third cricketer to score two hundreds in Women's T20Is.

With a mountain to climb, England faltered at the first steps as the openers were dismissed without scoring while Tammy Beaumont and Heather Knight fell cheaply to leave the hosts at 22 for 4. A few partnerships followed, but that only ensured England weren't bowled out as the hosts eventually fell well short of Australia's total.