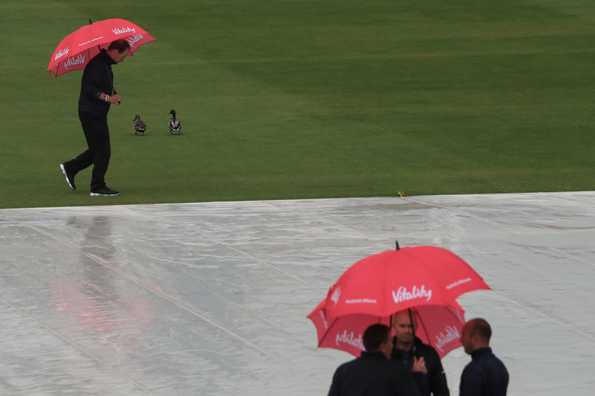 After having clinched the ODI series 3-0, England women proceeded to take the honours in the T20Is too, as the third and final game between them and West Indies in Derby was washed out without a ball being bowled.

After Danielle Wyatt's brilliant knock in the second match on June 21 gave England an unassailable lead, West Indies arrived in Derby with the chance to achieve parity before heading back home.

But they didn't enjoy such luck as the showers ensured the teams would stay indoors before the match referees called it a day.