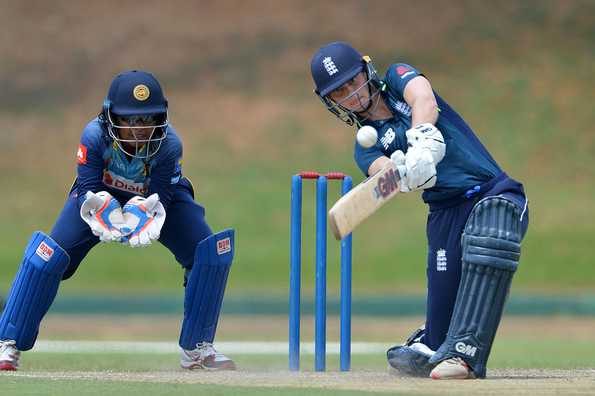 Having been put into bat, England's in-form openers Jones and Danielle Wyatt registered fifties at a brisk pace to lay the foundation for a mammoth total. With a perfect platform provided, Tammy Beaumont and Natalie Sciver then waded into the Sri Lankan bowling that lacked penetration throughout. Both narrowly missed out on their respective half-century milestones but ensured that the score was pushed past the gargantuan 200-run mark.

A target of such proportions was always going to be beyond the reach of a Sri Lankan batting line-up that had scores of 94 and 108 to show in their previous two outings. It was another timid batting effort with only one batter showing some application. Hansima Karunaratne, the number three, batted through even as wickets fell around her from the word go. Her effort helped to avoid embarrassment to some extent but the defeat was still humiliating.

It's the visitors' second successive whitewash win in T20Is after having outplayed India recently. The fact that both clinical efforts came in the testing conditions of the sub-continent is a proof of how dominant they are in this format. England's next assignment will be a limited-overs series against Windies women at home in June, featuring three ODIs and as many T20Is.