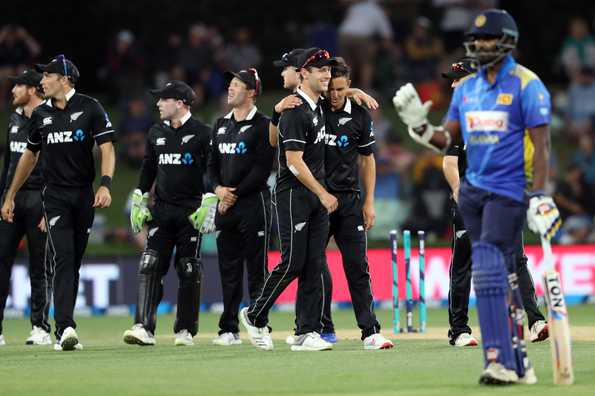 Despite losing the ODI series against New Zealand, Sri Lanka will walk into the final contest believing they can turn things around. Both games have followed a similar pattern where Sri Lanka have lost the games in the death overs but individual performances got them close.

In Nelson, the task is pretty straightforward for the visitors. They need their batting unit to fire in unison and need to find a way to control the leaking runs at the death. Thisara Perera's career-best with the bat wasn't enough for Sri Lanka to level the series but the all-rounder has had a big role to play in New Zealand posting massive totals. In both contests, James Neesham took a liking for his pace and milked runs with ease. Lasith Malinga and the think-tank need to find better alternatives in the final few overs and the Sri Lanka limited-overs captain could well be the answer. Despite losing his prowess with the ball, Malinga still has the variations to keep the batsmen in check.

Kusal Perera's ton and then Thisara's century in the second game have somewhat masked Sri Lanka's batting failures. After the openers impressed in the opening game, they were again hit by the inconsistency bug which dented their prospects heavily. A collective batting effort could well go a long way if Sri Lanka are to challenge New Zealand, and the other sides in the upcoming World Cup later this year.

For New Zealand, the final ODI presents an opportunity to finalise their combination for the following limited-over series against India. It's also a chance to prove to themselves that the five catches dropped in the second ODI was a one-off incident that shouldn't be frowned upon too much. One of the aspects they'll look to address, if the opportunity presents, is to give more time in the middle to both Henry Nicholls and Tim Seifert.

With the track expected to be another batting beauty, Sri Lanka will be desperate for a performance from their bowlers. Individual brilliance have threatened New Zealand but the hosts were always expected to win - and they did.

What to expect: No weather hindrances expected in the day as the fans can expect a lot of fireworks from the batsmen at a venue with pretty short boundaries.

New Zealand: Trent Boult is likely to be rested for this contest with Doug Bracewell grabbing his place. The hosts could also think of looking past Tim Southee for a game and give Lockie Ferguson another go at the fragile Sri Lankan batting.

Sri Lanka: Dasun Shanaka could get a game but the think-tank will have to decide if they want to go in without Asela Gunaratne or Seekkuge Prasanna.

"Every game you play for New Zealand is important and as a group we're trying to get better. These are new conditions, too, and you have to adapt and that's what good teams do. We've got that blueprint to try and get 300-plus which we've done in the last two games by setting it up and hopefully we can continue that" - Colin Munro.

"We can't improve our skill overnight but mentally we need to do better" - Malinga.