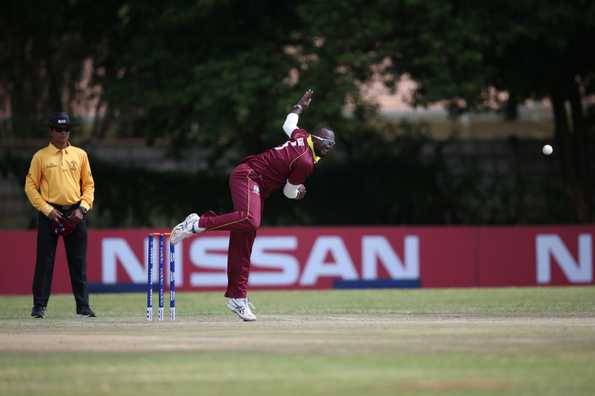 Windies off-spinner Ashley Nurse has been handed one demerit point for using inappropriate language during the third and final T20I against Bangladesh at Lauderhill on Sunday (August 5).

Nurse, after he was hit for a boundary off the last ball of his first over, used "inappropriate language," which was registered on the stump microphone.

The charge was levelled by on-field umpires Gregory Brathwaite and Nigel Duguid, third umpire Joel Wilson and fourth umpire Leslie Reifer. Nurse was found guilty of breaching Article 2.1.4 of the ICC Code of Conduct for Players and Player Support Personnel, which relates to "using language or a gesture that is obscene, offensive or insulting during an International Match".

Nurse now has accrued a total of two demerit points. He had copped one demerit point earlier in 2017, when he was reprimanded for showing dissent during the first ODI against Afghanistan.