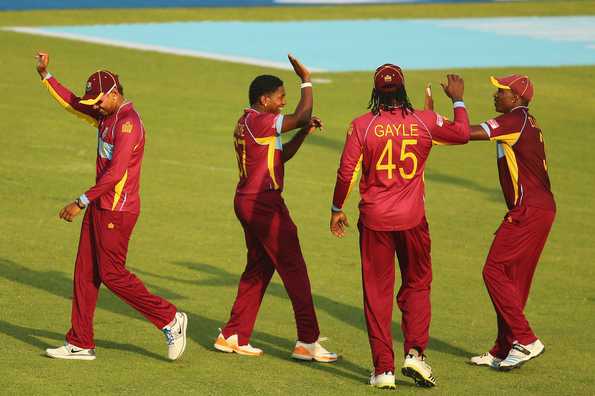 West Indies will meet Bangladesh over a three-match ODI series in the Caribbean. The first match of the ODI series will be played on August 20 at St. George's National Cricket Stadium, Grenada. Dwayne Bravo will captain the West Indies' setup, while Bangladesh will be led by Mushfiqur Rahim.

Bangladesh haven't won a single match in the abridged version of the game in 2014. Even when up against a second string Indian side, Bangladesh lost the series 2-0 recently at home.

With Shakib-Al-Hasan being suspended for six months by Bangladesh Cricket Board (BCB), their batting line-up will depend on Rahim. The skipper has that uncanny ability to stand up and be counted in times of crisis. Nasir Hossain too has a fine record in ODIs, and will be a vital batsman for them in the middle-order. Bangladesh will also be greatly helped if Tamim Iqbal comes back to form.

The bowling department has a pretty balanced look about it despite the absence of Shakib Al Hasan. Mahrafe Mortaza, brings some experience to the setup. Taskin Ahmed, has that ability to swing the new ball at 90mph. Abdur Razzak, the veteran left-arm spinner will be expected to stem the run flow in the middle overs of the innings.

From the West Indies' point of view, the batting talent available is quite evident. Chris Gayle needs to fire on all cylinders and when he is on song, he just can blow away the opposition with his power-hitting. His opening partner, Lendl Simmons, has found some form in T20 leagues across the world. However, at the highest level, he has struggled for consistency. Darren Bravo is expected to provide solidarity in the middle-order.

Darren Sammy and Kieron Pollard are two all-rounders, who can provide finishing touches right at the end of the innings.

Ravi Rampaul and Kemar Roach, the experienced campaigners in the bowling line-up, will have take up a leading role. Rampaul in particular, can prove to be a handy customer in ODIs. He hits the bat hard with the new ball. Jason Holder, the towering giant of a pacer from Barbados, bowls with good control. Spinner, Sunil Narine with his box of tricks can prove to be a handful in the middle overs as well.

The lack of clarity in the West Indies' support staff could have an effect on the players as well. Reports have suggested that head coach, Ottis Gibson is not present with the team at Grenada and that the WICB was still in discussions with him.

The ground at St. George's National stadium, Grenada, the venue for the first ODI, historically, favours the side who bowl first. The track tends to offer seamers a bit of help early on, before it turns out to be a good batting track.