Berrington to lead Scotland for first two games in tri-series 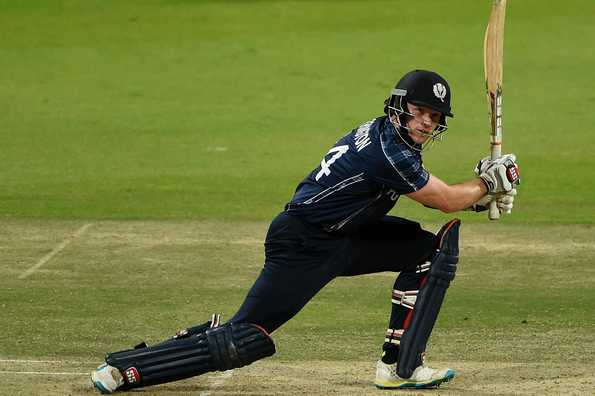 All-rounder Richie Berrington will captain Scotland in their first two games of the tri-series featuring Ireland and hosts UAE, head coach Grant Bradburn confirmed on Thursday (January 11). Berrington will lead the side in the absence of Scotland's most inspirational cricketer Kyle Coetzer, who is currently on a break.

Coetzer is on course to complete his Level 4 coaching qualification and won't be available until his side's third match of the series. The 33-year-old needs 156 more runs to make him Scotland's highest aggregate run-scorer of all time.

"Richie Berrington will captain the team for the two games against Ireland and then assume the vice-captaincy for the UAE matches," Bradburn said after the squad assembled in Edinburg for their fitness tests before their departure to Dubai. "Richie is highly skilled as a player and hugely respected within our team. It is fantastic that he has agreed to step up into a formal leadership role on this tour, which we believe he will thrive on.

"This Dubai series is no different in terms of importance, but we have full confidence in our players to take on different roles. We must continually improve and give players the exposure to grow. Our sole intent is to qualify for the CWC 2019 and to do that we must develop depth and allow players to show their vast range of abilities at international level."

Scotland's first match is against Ireland on January 16. They will play against the same opponents two days later before clashing against the hosts twice.