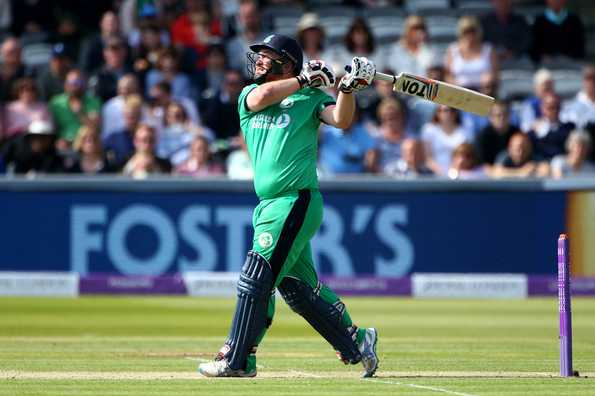 Ireland have announced a 14-man squad to take on the visiting Windies in the one-off One Day International (ODI), to be played at Civil Service Cricket Club, Belfast, on September 13. The match will be Ireland's first-ever international since obtaining Test status in June.

Pace bowlers Barry McCarthy and Craig Young have been ruled out of the game with injuries but the hosts have been boosted by the inclusion of fully-fit Paul Stirling and Niall O'Brien. Coach John Bracewell expressed disappointment over the loss of talented pace bowling duo, but emphasised that his team still had the quality in their bowling ranks to upstage the visitors.

"Barry fractured his thumb batting in the nets and is expected to be out of action for around 3 or 4 weeks," Bracewell said. "Craig's recuperation from an ongoing elbow problem is continuing but if surgery is required, which it may be, this could put him out for 8-10 weeks. We should know that for certain very shortly," he added.

While the loss of the two premium bowlers has left the coach in search for alternatives, the return to fitness of the two top batsmen and the impressive form of left-arm spinner, George Dockrell, in the ongoing England domestic season has heartened the coach.

"On the plus side we have Paul Stirling and Niall O'Brien back from injury and that will certainly bolster the batting," Bracewell said. "George Dockrell has been in prolific form in domestic cricket and he is recalled too, which means we have no fewer than six spinning options in the squad," he added.

While Ireland are quietly confident of their chances, they remain wary of the visitors, who have recalled Chris Gayle and Marlon Samuels for the ODI leg of their tour of the United Kingdom. Ranked ninth in the ICC ODI rankings, Windies need a miracle if they are to obtain automatic qualification to the 2019 Cricket World Cup.

"The West Indies showed incredible character to bounce back after losing the opening Test heavily against England, and showed just how dangerous and talented a side they truly are," Bracewell said, reflecting on the stunning triumph in Headingley. "It'll be a great occasion for players and fans alike, and one that everybody is really looking forward to. It's sure to be a carnival of colour at Stormont," he added.