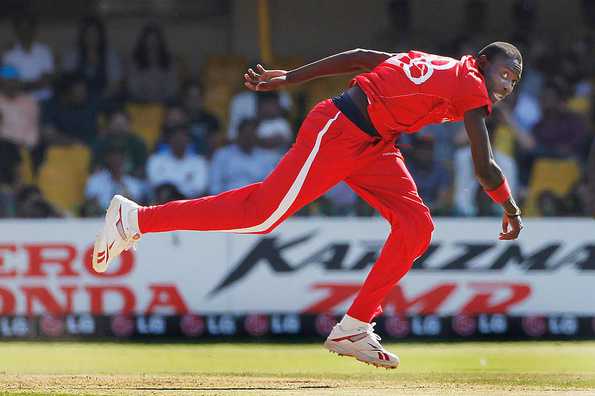 Zimbabwe pulled off quite a coup at the Harare Sports Club, defending 129 against Afghanistan from almost a point of no return to win the third One-Day International (ODI) by 3 runs on Tuesday (February 21), thus keeping the five-match series alive at 1-2 in favour of the visitors.

Relatively cruising at 121 for 5 in the 27th over, Afghanistan must have fancied chasing 130 comfortably, and for the right reasons. Captain Asghar Stanikzai's 31 off 33 balls had already rendered the target significantly smaller than it was, but in what was a collapse of stunning proportions, the visitors lost their last five wickets for mere five runs, shutting down to 126 in just the 30th over.

It was Chris Mpofu and Seam Williams's twosome that administered the coup de grace. Mpofu kick-started it all by picking the wickets of Samiullah Shenwari and Najibullah Zadran off consecutive deliveries in his fourth over - that happened to be the 27th of the innings - but pretty much offset it by conceding 10 runs in that very over. It was only when Sean Williams picked Mohammad Nabi in the over that followed, having Afghanistan eight down with six runs to win, that Zimbabwe were catapulted into the reckoning. The two bowlers struck with one wicket apiece in the overs that followed and stunned Zimbabwe into an unexpected loss.

But that said, Zimbabwe just fell short of paying a heavy price for a flop show with the bat, especially after it piggybacked on Graeme Cremer winning the toss for the first time in the series. Gulbadin Naib was the chief architect of the havoc earlier, scissoring through Zimbabwe's batting order with figures of 4 for 27. Tarisai Musakanda was one of the only three batsmen who got to double-digits as sundries outscored eight of Zimbabwe's batsmen, four of whom registered ducks. 21-year old Musakanda scored 60 off 74 balls in what was a pretty lonesome effort. Once he fell in the 30th over, Rashid Khan wrapped up the tail with figures of 3 for 29. Zimbabwe lost the last five wickets for eight runs and resultingly collapsed to 129 all-out.

Seeking an able riposte, Tendai Chatara set the tone early with a marathon spell of 10 overs on either sides of the lunch break, picking up wickets of Mohammad Shahzad, Rahmat Shah and Asghar Stanikzai to jolt Afghanistan early. Partnerships of 35 and 33 runs for the fourth and fifth wickets respectively then stabilized Afghanistan, only for a late stutter to undo it all.