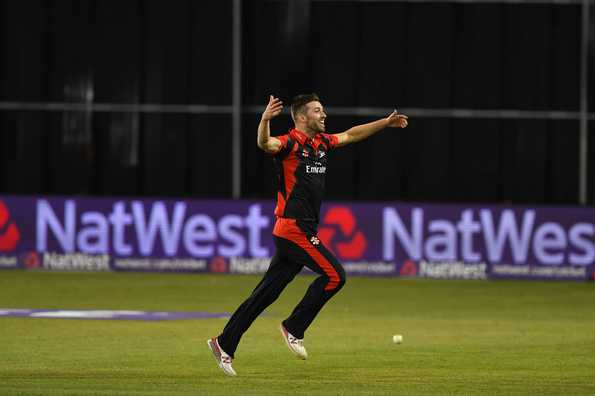 A convincing 19-run victory over Gloucestershire helped Durham become the third team to enter the finals-day of the Natwest T20 Blast, 2016. Opting to bat first, Durham were given a rousing start by their openers, Mark Stoneman (61) and Keaton Jenning (36), who added 96 runs in under 11 overs. The former was clearly the dominant partner in the stand and was also the first to be dismissed but he had done his job by laying an excellent platform in the crunch game. As it often happens in this format, Gloucestershire managed to claw back by picking three quick wickets, including the openers, in the space of 19 balls.

However, that burst wasn't enough to keep a check on the run ,rate. Having got the foundation they wanted, Gloucestershire went on to finish with a flourish thanks to a quickfire 21-ball 37 by wicketkeeper Michael Richardson. The cameo helped Durham reach a formidable 180 and proved to be enough to book them a spot in the semi-final.

Gloucestershire's chase simply never got going after Mark Wood picked up two wickets in the space of three balls in the second over. As many as four run outs in the innings certainly didn't help Gloucestershire's cause and the chase went from bad to worse despite an unbeaten 80 by Jack Taylor. But that knock came a little too late, with Taylor running out of support quickly at the other end. The wickets continued to fall in regular intervals and Gloucestershire finally folded out for just 161, a score that could have read a lot shabbier had it not been for Taylor.