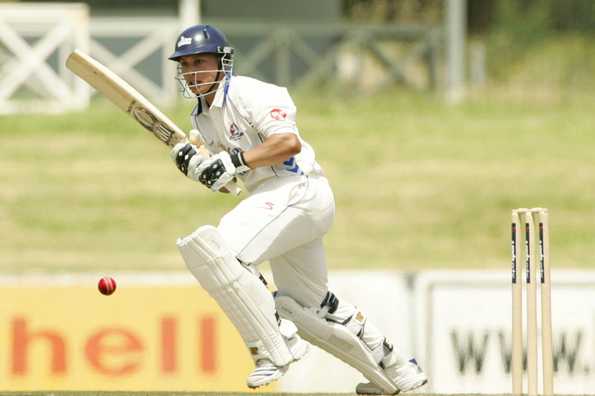 After two rounds and six games, the Sunfoil Series is yet to see a result after all three games ended in a draw on Sunday (October 1). The Warriors came closest to forcing a win with Jon-Jon Smuts leading the way, while the other two games never looked like ending in anything other than a draw - particularly the Dolphins-Knights clash that had the first day washed out.

After 12 centuries in the opening round, there were nine in the second, leaning towards pitches around South Africa still being dormant from the winter. As it has been a normal occurrence all these years, the limited-overs competitions are played out before the Sunfoil Series that usually begins in December. But the T20 Global League that will be played around then has forced the season this year to be reconfigured.

While Smuts's tally of 10 wickets for the season bodes well, what South Africa needs right now is a pacer given the slew of injuries to the pacemen that the Test side is facing, factoring in Vernon Philander and Morne Morkel's fitness woes. The tame pitches are not assisting seamers, and thus not helping them to put their hands up. With quite a few strong performances from the batters, more than a few have put their hands up for the second Test.

The Warriors' first innings declared score of 452 for 6 was led by centuries from opener Edward Michael Moore (100) and Jerry Nqolo's unbeaten knock of 105. Boosted by half-centuries from Yaseen Vallie (63) and wicketkeeper Clyde Fortuin (92), they thought they had enough to give the Cobras a go. Despite skipper JJ Smuts's four-wicket haul, Pieter Jacobus Malan and Zubayr Hamza resisted the Warriors' attack before declaring their innings for 387 for 8. That, surprisingly, despite trailing the Warriors by 65 runs.

Apart from Justin Ontong half-century and Kyle Verreynne's 33, none of the other batsmen crossed the 20-run mark. With a slender lead, the Warriors extended it to 251 before declaring their innings and leaving the Cobras to chase it down on the last day. Smuts once again picked up a four-wicket haul for the second time in the match as Cobras found themselves reduced to 94 for 6 with Tabraiz Shamsi picking up two. Skipper Dane Piedt retired hurt after having picked up an injury, as the Warriors were sniffing a victory. However, bad light stopped play and the match ended in a draw with Cobras finishing at 131 for 6.

Much unlike the previous clash, the one between Dolphins and the Knights was headed towards a draw after the first day's play was washed out due to rain. The Dolphins though, when they got the chance to bat on the second day, amassed 426 for 8 before declaring. Sarel Erwee and Cody Chetty scored centuries, while Vaughn van Jaarsveld and 'keeper Morne van Wyk made contributions to that with half-centuries. The Knights never really got going, losing their top four with 60 on the board.

Petrus van Biljon and wicketkeeper Rudi Second resisted, and well, with a 178-run stand for the fifth wicket. Senuran Muthusamy accounted for both the big scalps and picked up two others to finish with a four-wicket haul as they were bowled out for 291, giving the Dolphins a lead of 135. While Second fell for 83, van Biljon fell just after scoring his century for 105. In their second innings, Vaughn van Jaarsveld scored an unbeaten 56 as the Warriors ended the game on 97 for 2.

After ending the opening day with 293 and half the side back in the shed, the Titans extended their first-innings score to 452 for 7 before declaring on the back of a brilliant, late century from Henry Davids (137). Heino Kuhn (73) and Farhaan Behardien's (78) half-centuries rescued the Titans from a spot of bother after opener Jonathan Vandiar fell in the third over of the innings. Malusi Siboto's unbeaten fifty at No.8 and Corbin Bosch's 24 stretched their total, while the wickets were distributed evenly among the Lions' bowlers.

The Lions, on the other hand, lost wickets at regular intervals after a steady start. Opener Reeza Hendricks kept the innings under control with a fifty, before Nicky van den Bergh's 94 offered further resistance. But it was Willem Mulder's unbeaten 127 at No.8 which proved instrumental in stretching their total over 400 before they were bowled out for 408. Migael Pretorius and Shaun von Berg picked up three wickets each as the Titans picked up a slender lead of 44.

After a first-innings failure, Vandiar scored a half-century in the second to give his side a strong start, while partner Kuhn failed in the second innings. The middle order collapsed for little as Dwaine Pretorius dented their effort. Behardien backed his first-innings knock with another half-century, this time an unbeaten one, as his side collapsed to 205 for 7 before they decided to declare. All that Lions could manage in their second knock was 80 for 2 before the stumps were drawn on the fourth day.