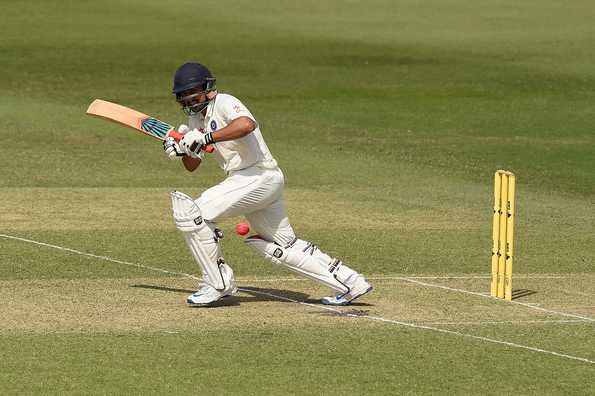 After taking and letting the advantage slip, India A managed to drive home the advantage on the fourth and final day of the second unofficial 'Test' against South Africa A, cantering to a six-wicket win in Potchefstroom on Tuesday (August 22). Set 223 to win on the final, Karun Nair scored 90 to take the team home in 62.3 overs. After the loss, South Africa were forced to share the two-match series after taking the first bout by 235 runs.

Nair had endured a tough time on the tour, including the preceding tri-series, with runs hard to come by. He had scored a 36-ball 1 in the first innings, not only putting pressure on himself but also managing to hamper Shreyas Iyer's momentum. Nair's half-century, with scores of just 15 and 30 in the last game, should nullify the damage the poor run had done to his reputation.

India's win, however, was set up by the bowlers before Nair polished off the chase. South Africa started the day on 138 for 4 but folded for 177. Ankit Rajpoot and Shahbaz Nadeem picking up three wickets each. Stephen Cook remained unbeaten on 70 but a lower order meltdown meant he wasn't able to establish much despite fighting for 196 deliveries.

Andile Phehlukwayo fell even before the hosts were able to add a run to their overnight score and that opened the floodgates. Shaun von Berg scored 12 but the last four batsmen contributed just 10 off the bat as Cook saw his team's chances crash like a comet.

The onus was again on the openers - R Samarth and Sudip Chatterjee - considering three below par outings from the batting unit earlier in the series. The duo scored 36 before Chatterjee fell to Dane Piedt in the tenth over. Shreyas Iyer followed soon after but Samarth and Nair got together to resurrect the innings and take the team closer.

Their 74-run association made South Africa desperate and with the deficit reduced to just 94, Aiden Markram turned to Piedt. The offspinner did get the wicket of Samarth, but not before the batsman had scored a 90-ball 55.

Ankit Bawne played the perfect supporting cast to Nair as they went on marching towards the target. Their stand yielded 93 when Nair fell with India needing just two to win.