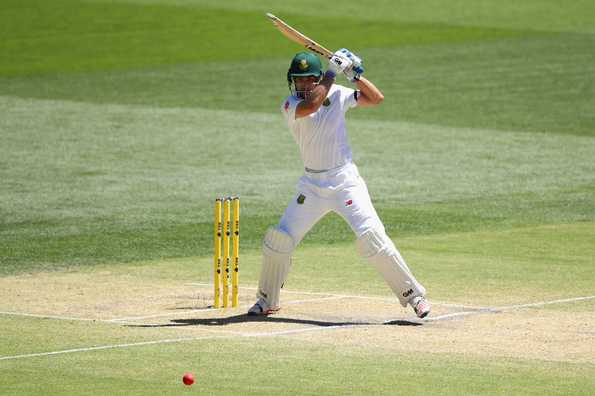 South Africa A took a firm grip on the second unofficial 'Test' against India A after finishing the third day (August 21) on 138 for 4, with an overall lead of 184, when stumps were drawn at the Senwes Park in Potchefstroom. As things panned out, it was another disappointing day for the visitors after the high of the tri-series win as they folded for 276 after being 181 for 3 overnight.

Shreyas Iyer was able to add just nine runs to his overnight score and fell for 65 to Duanne Olivier. The first wicket in the day gave the hosts momentum and they tightened the noose as India slipped to 218 for 7 soon after.

Ishan Kishan (17) and Shahbaz Nadeem (36) resisted for a while and scored 44 to take the team past the 250-run mark and reduce the deficit. Kishan fell in the 82nd over to Dane Piedt before the offspinner wrapped up the innings to end with four wickets for just 70.

Leading by 46, Stephen Cook and Aiden Markram started cautiously and stitched a 40-run stand for the first wicket. The latter was snapped by Nadeem. Cook continued to build his innings while David Miller looked to grind it out. Miller batted 44 deliveries for his 18.

India fought back for a brief while with the two quick wickets of Miller and Jason Smith (0) leaving the hosts at 75 for 3 in the 30th over. Heinrich Klaasen too followed soon after as South Africa were left tottering at 88 for 4, giving India a genuine opportunity to claw their way back in the game.

Cook scored his second half-century of the game while Andile Phehlukwayo played the perfect second fiddle to ensure no more wickets fell in the day. While the game is still isn't out of India's reach, it would take a much-improved batting show from the visitors after three mediocre displays from batting unit so far in the two-match series.