India A nose ahead after improved batting show 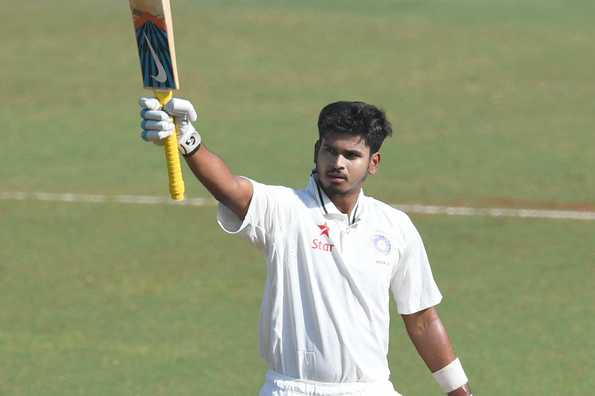 After the first day of the second unofficial 'Test' between South Africa A and India A ended on even scales, the visitors managed to just about nose ahead on the second day (August 20) as they ended on 181 for 3 in response to the hosts' 322, when the stumps were drawn at the Groenkloof Stadium in Pretoria.

Starting the day at 258 for 5, Shahbaz Nadeem dismissed Dane Piedt and Dane Paterson to add two more wickets to his overnight tally. He received good support from Navdeep Saini who was instrumental in nipping out the dangerous Andile Phehlukwayo for 15 early on in the day.

After the much-needed early breakthrough, there was some resistance from Shaun von Berg (38) and Omphile Ramela (51). The duo collaborated to score 48 for the seventh wicket before the latter fell to Ankit Rajpoot with 309 on the board. Nadeem and Saini did the rest to ensure India managed to keep the hosts to a modest total.

After the heavy thrashing in the first game, where India lost by 235 runs, the onus was on the batsmen to step up and produce the goods. R Samarth (77) and Sudip Chatterjee (46) did just that, stitching a 106-run stand for the opening wicket in 29 overs.

Samarth got a brisk start to his innings, dealing in boundaries, while Chatterjee was watchful right from the start - happy to defend and get his eye in. The fifty of the partnership came in the 16th over with Chatterjee smashing back to back boundaries against Piedt.

The duo looked in good touch, ensuring there was no recklessness, as they went about their business and playing risk-free cricket. Chatterjee fell first, bowled by Piedt after a 96-ball stay. With the platform well set, Shreyas Iyer, the next man in, tried to stay positive and dominate the bowling. He dispatched Piedt for a six on the fourth ball he faced, trying to unsettle the bowler and dismiss any chances of a South Africa fight back with quick wickets.

Iyer, though, lost Samarth after a 36-run stand when the right-hander was trapped in front by Paterson. Karun Nair, trying to earn his place back in the India Test team, took 30 deliveries to get off the mark. With the captain stranded at the other end, Iyer realised he needed to take some pressure off. He launched von Berg for two sixes and a boundary to race to 49 before completing his half-century in just 60 deliveries.

Nair's scratchy run came to an end in the very last over of the day when he fell for a 36-ball 1 to von Berg but Iyer stayed unbeaten on 56.