Aiden Markram to lead South Africa A in four-day games 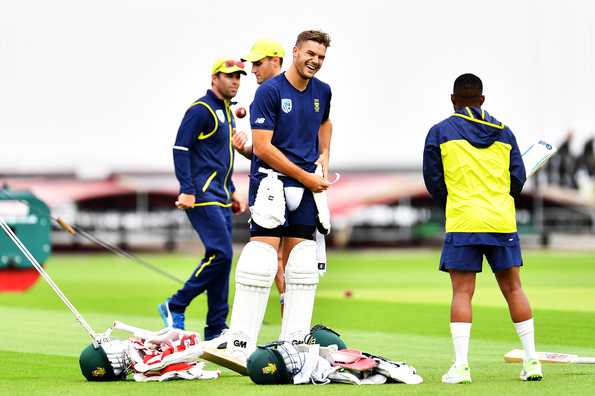 After gaining the experience of being present with the senior team setup for an entire Test series, 22-year-old Aiden Markram will return to lead South Africa A in the upcoming four-day games against India. Markram had been called up to the senior squad as a cover for Faf du Plessis, who missed the first England Test due to the birth of his first child. Once du Plessis returned from the second game, Cricket South Africa opted to hold onto the 22-year-old youngster to give him the experience of being in the senior setup and not releasing him for the tri-nation series between South Africa A, India A and Afghanistan A.

While Markram was not handed his Test debut during the series, the 2014 Under-19 World Cup-winning captain is rated highly and earmarked as a future senior team cricketer. The two games against India A gives him, and a host of others, a chance to impress the national selectors.

"This is a very important series after the disappointing Test match against the England Lions earlier this year. This is a golden opportunity for the players to show what they can do under conditions they know well against testing opposition, CSA selection convene Linda Zondi said on Saturday (August 5).

Alongwith Markram, the South Africa A squad also has two other senior team members - Andile Phehlukwayo and fast bowler Duanne Olivier, who was roped in to play in the second and the fourth Test against England.

The first four-day match, starting from August 12, will be played at the Willowmoore Park in Benoni and the second, from August 19, at Groenkloof Stadium, Pretoria.