Devine, Rowe carve out a 4-0 whitewash 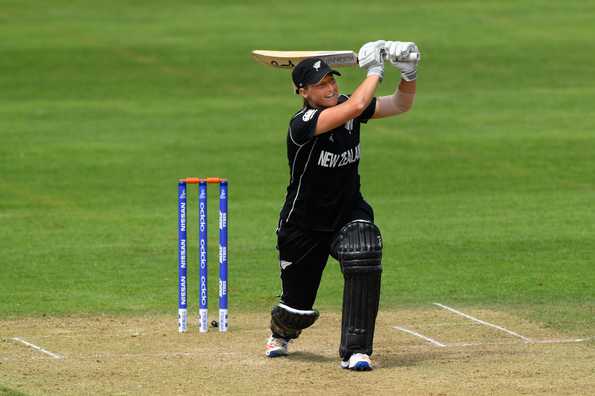 Hannah Rowe's 3 for 22 restricted Pakistan to a paltry 89 for 8 at the Sharjah Association Cricket Stadium in the fourth and final Twenty20 International on Tuesday (November 14), and Sophie Devine then took over to absolutely maul the target down with as many as nine overs to spare. As a result, New Zealand Women swept the T20I series 4-0.

Pakistan captain Bismah Maroof opted to bat after blowing away three run-chases on the trot but the move backfired just as New Zealand found a way into the middle-order. The captain herself was run out on four and that set the ball rolling. Only 38 runs could be scored over the course of 10.1 overs thereafter.

Javeria Khan top-scored with 36 but with wickets tumbling at the other end and New Zealand sticking to real good line and length, runs weren't easy to come. She was out to Rowe in the 19th over, becoming latter's third victim in the game. Holly Huddleston contributed with two wickets.

New Zealand's opening duo of Devine and Amy Satterthwaite, in reply, forged a 56-run opening stand in only 4.4 overs, making over 60 per cent of the runs required and shoving Pakistan to the brink of a whitewash. Devine hit seven fours and a six in her innings of 41 off 17 balls, while Satterthwaite was the calmer half, making 35 off 31 balls. Aimen Anwer, the right-arm fast medium bowler, picked 2 for 19 but the runs on the board were never enough.

Courtesy her good form throughout the series, Devine took away the match and the series honours.