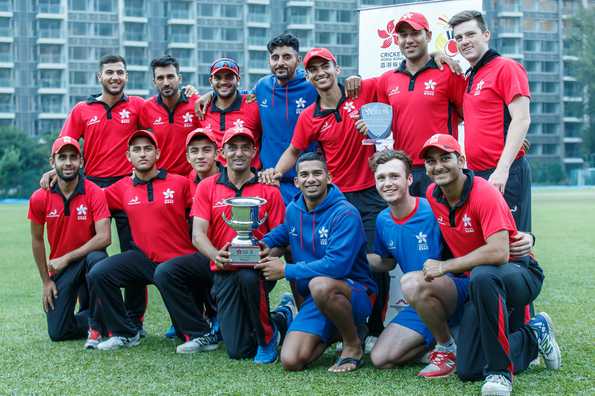 Hong Kong prevailed in the third and final One Day International (ODI) against Papua New Guinea to seal a 2-1 series win at Tin Kwong Road Recreation Ground on Tuesday (November 8).

After being set an intimidating 245 on a slow surface, captain Babar Hayat (82*) and Anshuman Rath (52*) produced an unbeaten 120-run partnership to guide the home side to victory. The target was adjusted to 178 runs in 38 overs after rain shortened the match while Hong Kong were 170 for 3 after 31 overs.

In the PNG innings, a brilliant unbeaten 76 off 62 balls from Mahuru Dai smashed in the final overs saw the visitors recover from 144 for 6 to post 244 for 7 from their 50 overs.

The chase was far from comfortable for Hong Kong, especially after Nizakat Khan was dismissed for 9 with the score reading 61 for 3. But Hayat and Rath both scored at nearly a run a ball to quickly shift the pressure back on to PNG. Rath was named Man-of-the-Match after also taking 3 for 25 with the ball.

Hayat was named Man of the Series and was understandably delighted after the match. "I'm really proud of how we played and came back after losing the last game to win here," Hayat said. "It means a lot to us to win at home in front of our family, friends and fans and really pleased that our senior players stepped up.

"Obviously it gives us a lot of confidence for the Kenya series in a couple of week's time. I thought we improved on our fielding and rotating the strike today which is what we wanted to do," he said.

PNG coach Dipak Patel said the experience for his side had been a worthwhile one despite the loss. "We don't handle the Asian conditions all that well and to lose the series was disappointing but from what we have learned it will be valuable for us," Patel said.

"We've loved it here in Hong Kong and been looked after really well and we take away a huge positive of having come back to win that second game after going behind. It's the last game for us this year so I was really pleased with their attitude," he added.

The series victory for Hong Kong maintains their unbeaten record in ODI series at home after they defeated Scotland earlier in the year. Hong Kong will travel to Nairobi next week to play two ICC World Cricket League fixtures against Kenya.