AB de Villiers: We should have won by a bigger margin 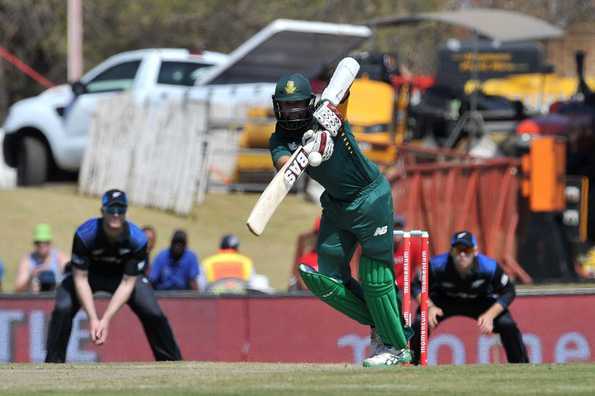 South Africa were finally able to exact their revenge over the Black Caps and secured a 20-run win to go 1-0 up in the three-match ODI series. AB de Villiers expressed his happiness over the result but admitted that with the way South Africa had controlled the match in the middle overs, they should have won by a bigger margin.

"I am always happy with a win. We played some good cricket, but some poor cricket as well. It takes a bit of time to get things going and hopefully we can hit our straps on Sunday. It was a good foundation given by Morne (van Wyk) and Hash (Amla); Rilee (Rossouw) is a positive player but had to stick it out today. We should have won by a bigger margin."

He was disappointed with South Africa's shoddy fielding throughout the game but reckoned that a few fielding sessions will sort out the problem. "The bowling unit stepped up and they adapted. A nice fielding session with our fielding coach will be needed before the next game. We have some new faces and we need to get used to each other."

South Africa opener Hashim Amla, who hit a scintillating 126-ball 124, won the Man of the Match award. He put up a 185-run stand for the second wicket with Rilee Rossouw (89) that laid the platform for South Africa's total of 304.

Speaking at the presentation ceremony, the calm batsman praised Rossouw for providing him good support. "Myself and Morne (van Wyk) thought it was difficult first up. Pretty happy that we got some quick runs at the start. Rilee (Rossouw) came in and was slow, but he picked up pace. 250 was a defendable total, but in the end 300 was a good score. Rilee himself is an exceptional player and we both learn about each other. He has such power that he can take the game away from the opposition. I don't know why, but we just like batting with each other."

Meanwhile, New Zealand skipper Kane Williamson conceded that if New Zealand had been able to put up some crucial stands in the middle overs, they could have won the match. "The way the boys stuck at it with the ball was a good effort. It's always a fine line with white ball cricket. If we could have carried a partnership or two, it would have been interesting. But we were outplayed."

"South Africa are a top side and we had to be at our best to beat them. It's always about adapting," he concluded.