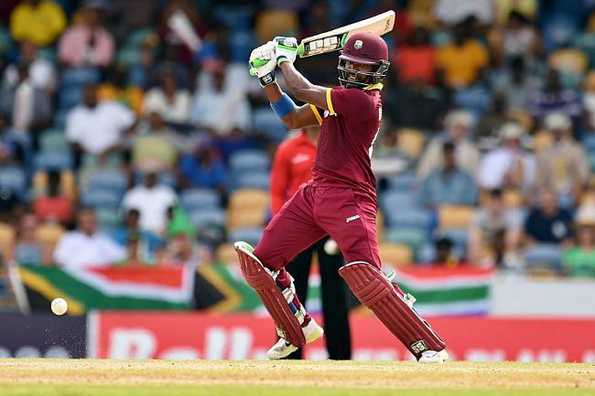 Morne Morkel and Wayne Parnell managed to delay the inevitable, but couldn't do enough to stop West Indies from setting up a date with Australia in the final of the triangular series. A shabby batting performance by the tourists helped West Indies seal a 100-run win in Match 9 at the Kensington Oval in Bridgetown in Barbados on Friday (June 24).

On a track that had a bit of pace and assistance for batsmen, unlike the other pitches in the series so far, South Africa failed to deliver to their potential and had to end their campaign in the Caribbean islands.

Put into bat by AB de Villiers, West Indies' start was a bit shaky with Kagiso Rabada sending Johnson Charles, Marlon Samuels and Denesh Ramdin back to the pavilion leaving the hosts reeling at 21 for 4 in five overs. Darren Bravo, who had been out of form so far in the series, then put an exhibition of his Lara-esque batting to display. He led the rebuilding of the innings with crisp cover drives and hits over the boundary ropes. The resurrection was helped by a 20-minute rain break which helped West Indies re-assess their plans and also break the flow of the innings.

Bravo was well-partnered by Kieron Pollard in the counter-attack approach they went with. The duo put together a 156-run stand off 150 balls to seize control of the contest. However, they both headed towards the pavilion within a space of 37 deliveries.

But before that Bravo registered his third One-Day International (ODI) ton. With the last three in the West Indian line-up not recognised for their skills with the bat, Jason Holder and Carlos Brathwaite had to burden more responsibility in their secondary skill-set. To their credit, they did well to curb their natural instincts and help the innings reach the last over.

West Indies folded up for 285, a par score under the conditions that was on offer. Given the shaky start they had to the innings, it was a total they would've been proud of reaching.

However, it was only when South Africa failed to rise up to the challenge with the bat, that the target started seeming daunting. Shannon Gabriel, who found a place in the playing XI courtesy Jerome Taylor's poor form, ran a riot and accounted for the wickets of Quinton de Kock, Faf du Plessis and AB de Villiers. When Gabriel's five-over spell came to an end, it was Sunil Narine to introduce himself in the party. The mystery spinner took little time to send Hashim Amla back to the dressing room, and followed it up with the scalps of Chris Morris and Wayne Parnell.

South Africa's chase never got back on track as they kept losing wickets at regular intervals and the required rate kept soaring. Brathwaite bagged two and after a brief blitz by Imran Tahir for the last wicket, which yielded 51 runs for South Africa. The innings ended with 185 runs on the board.

West Indies failed to bag a bonus point in the match, and ended up equalling South Africa's score of 12 points in the round robin phase. However, despite having a considerably lower new run rate than that of South Africa, they have qualified for the final by virtue of having secured more wins (3) than their counterparts (2).