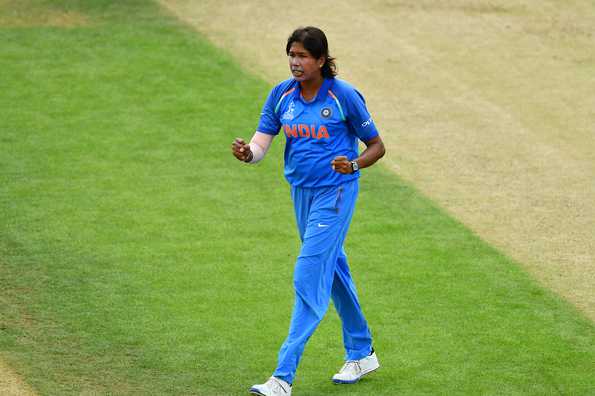 Jhulan Goswami appears set for her international return after being named in the India squad for the tri-nation T20I series involving Australia and England. The veteran pacer had missed the third ODI and the five-match T20I series against South Africa recently after suffering a heel injury. Having been advised rest for two weeks and rehabilitation, she was subsequently left out of the ongoing ODI series against Australia.

Jemimah Rodrigues, the 17-year-old batter, and 18-year-old pacer Pooja Vastrakar, who both fared well in their debut series, against South Africa, have been retained in the 15-member squad announced on Wednesday (March 14). Rumeli Dhar has also kept her place in the squad, with her inclusion providing India a fourth pace option.

The selectors chose to leave out left-arm spinner Rajeshwari Gayakwad while bringing Ekta Bisht back into the fold. Gayakwad had picked up four wickets in the three T20Is she played against South Africa. Bisht, also a left-arm spinner, played only one game during the South Africa tour - the third ODI in which she finished with figures of 1 for 38 - while her last T20I appearance was against Pakistan in December 2016.

The T20I series gets underway at the Brabourne stadium in Mumbai from March 22, with the hosts taking on Australia in the first game. India, Australia and England will play against each other twice before the final on March 31.

The selectors also announced the India A squad for the two warm-up T20 games against England on March 18 and 19 in Mumbai. S Meghna will lead the squad which also features Radha Yadav, another exclusion from the India squad that played the T20Is against South Africa.