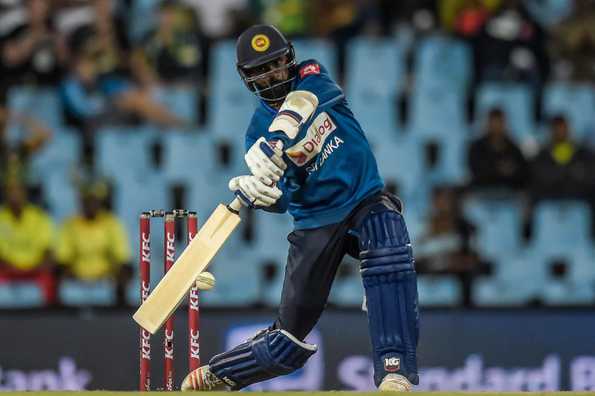 South Africa may have fielded a side without five mainstay players, but yet found a way to pick up a 16-run win, thus sealing the T20I series 2-0 with a game to play. While Sri Lanka defied all odds and created history in the Tests, they were handed a 0-5 reality check in the ODIs, and after losing the first two T20Is, are on the cusp of another whitewash in the final leg of their tour to South Africa. Or can they finish with a win?

After a Super Over in the first game that South Africa stole a win in, don't let the 16-run margin of loss for Sri Lanka in the second fool you. Sri Lanka were quite average for over half their innings, slipping to 87 for 7 in the 14th over before Isuru Udana's unbeaten 48-ball 84 was the saving grace, taking them closer to the target. But their persistent trouble in the batting was glaring, with the top order once again being unable to see through South Africa's attack, albiet it is a depleted one.

For the hosts, it was the 116-run stand between Reeza Hendricks and Rassie van der Dussen that was the pivot of the South African victory. Hendricks got 65, while van der Dussen got 64 as the pair lay the foundation for a total of 180, which turned a bit too much for the visitors in the end.

Although the game lacks context when it comes to the larger picture, there's always something to play for. While Sri Lanka will want to end their tour with some pride, and carry forward at least some positivity leading into the World Cup, South Africa will be aiming to end their home season with confidence and momentum on their side.

Where: The Wanderers Stadium, Johannesburg

What to expect: While the temperature is forecast around the mid-20s, some mild showers are expected overnight, but not on the day.

South Africa: South Africa played all their all-rounders - Chris Morris and Dwaine Pretorius in the absence of their key players in the second T20I. JP Duminy led the side to a win. South Africa are likely to play the same XI.

Sri Lanka: Sadeera Samarawickrama and Asitha Fernando haven't had a game so far on the tour, and may be given a game if the management want to give everyone in the squad a go. Else, they may stick to the same line-up.

"Always good to get a series win under the belt. All in all, a good team performance. Always nice to play in the Highveld and we are looking forward to Sunday and hopefully we will end the series on a high." JP Duminy after the second T20I.

"I feel after World Cup I might try to play the T20 World Cup and probably that could be my last." - Lasith Malinga