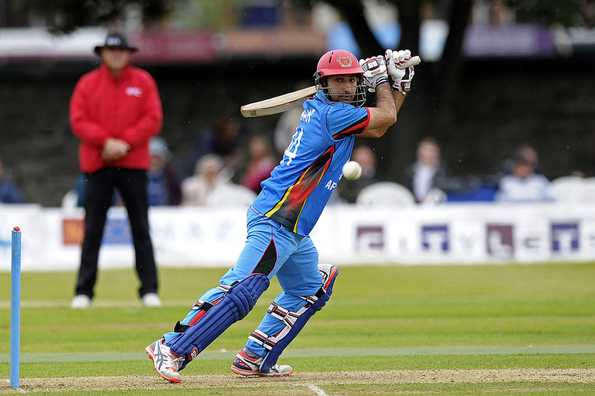 There we have it. The Windies and Afghanistan will travel to England next year to participate in the 10-team ICC World Cup.

How did we get here?

Afghanistan lost their first three games of the tournament and looked set to become the first of the many anticipated heartbreak stories of the tournament. Then, moulded by the dramatic events of the tournament thereafter (read Zimbabwe-UAE clash), they were given a chance to play a winner-takes-all contest against Ireland and seemed set to canter to victory before taking an agonisingly longer route to delirium.

They eventually chased down 210 with five wickets and five balls to spare with Asghar Stanikzai powering through pain - his injured midriff heavily strapped - to take his side over the all-important line with a 29-ball 39. The 30-year-old had been forced to undergo an appendicitis surgery that had kept him out of the start of the tournament.

It ended in heartbreak for Ireland, who put behind their own miseries playing spin to stage a rousing comeback following a Mohammad Shahzad blitz at the top of the order. The Afghanistan opener struck six fours and two sixes in his 50-ball 54 as Afghanistan knocked off 86 runs of the sub-par target in under 17 overs.

Then Shahzad couldn't resist an ugly heave across the line off the impressive offie Simi Singh (3 for 30) and holed out to long-on. That dismissal sparked a dramatic change of tempo with the once foregone conclusion increasingly seeming doubtful.

Afghanistan let the spinners puppet their middle-order to a stage where they now needed 43 to win off the final six overs. Thankfully, that point of no-return for Stanikzai coincided with the arrival of the quicker bowlers. Using the extra pace on offer, Stanikzai clubbed a four and a six off Barry McCarthy in a 15-run over that decisively turned the match Afghanistan's way even if the experienced Samiullah Shenwari perished for an awfully sedate 27 from 63. Najibullah Zadran provided the assurance Stankizai needed to close out the tense chase and rubber stump the war-torn naion's participation in a second successive World Cup.

Eventually, the team assembled in front of a made-to-order (by the ICC) "We're In!" board but for large portions of the match, and these qualifiers by extension, Afghanistan looked strangely overawed by the occasion. Even in the field, after losing the toss, they'd been in control for large periods of time until the O'Brien brothers, Kevin and Niall, hauled Ireland past the 200-run mark on a two-paced, sluggish track with useful contributions in the middle-order.

Paul Stirling stitched decent stands of 53 and 44 with William Porterfield and Niall O'Brien, but the Ireland innings had nearly screeched to a standstill through the middle-overs when Rashid and his band of spinners orchestrated the play.

Against the hard, new balls and facing the quicker bowlers, the openers scored at nearly four runs to the over but once Rashid introduced himself into the attack, the scoring rate nosedived to the extent that Ireland got to 100 only by the 29th over.

Their over-cautious approach allowed Rashid to setup a stage and show off his bag off tricks. After a series of googlies, the Afghan skipper forced Andy Balbirnie to chase a leg spinner in desperation and edged behind to Mohammad Shahzad. Other batsmen attempted to sweep their way out of trouble before eventually seeing the benefits of the tap-and-run.

Niall's timely boundaries helped relieve some of the pressure on Stirling but a horrible yes and no situation led to the latter's run-out immediately after a shackles-breaking 12-run over. Niall's dismissal soon after forced the Irish into another period of consolidation, one they emerged out of in the latter stages of their innings through Kevin O'Brien's 37-ball 41. By then, the troika of Rashid, Mujeeb Zadran and Mohammad Nabi had bowled 29 overs for 119 runs, taking four wickets in the process.

Kevin's collection of powerful pulls took the Ireland total past 200, one that Phil Simmons reckoned could be overhauled with a little application. It was not as straightforward.