Warriors through to semis with narrow win 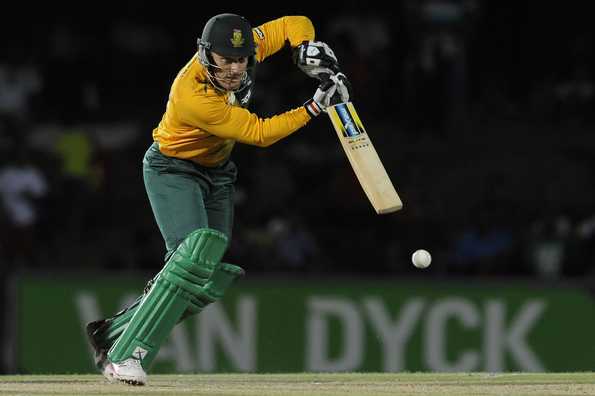 Despite a fairly strong start from the top-order, Warriors made heavy weather of their chase of Knights' 216, before completing a two-wicket win to confirm their place in the last-four. Knights were buoyed by opener Andries Gous's 70, even as Warriors bowlers kept making inroads in the line-up. Colin Ackermann and JJ Smuts picked three wickets each to restrict the Knights. Warriors were on course in chase until a middle-order wobble offered their opponents fresh hope of pulling off a late win. Ottniel Baartman, Werner Coetsee and Mbulelo Budaza were all among the wickets, but Warriors' No. 10 batter Ayabulela Gqamane took his side over the line.

By the virtue of Warriors' victory and their qualification for the next round, Lions are now out as they suffered a defeat to third-placed Dolphins. Lions opted to bat first and were sent on the way to a big score by Reeza Hendricks and Dominic Hendricks. However, that was cut short and the Dolphins duo of Prenelan Subrayen and Senuran Muthusamy ran through the line-up to skittle them out for just 196. Morne van Wyk led third-placed Dolphins' response with 134-ball 83, as Dolphins cantered to a seven-wicket win in 44 overs.