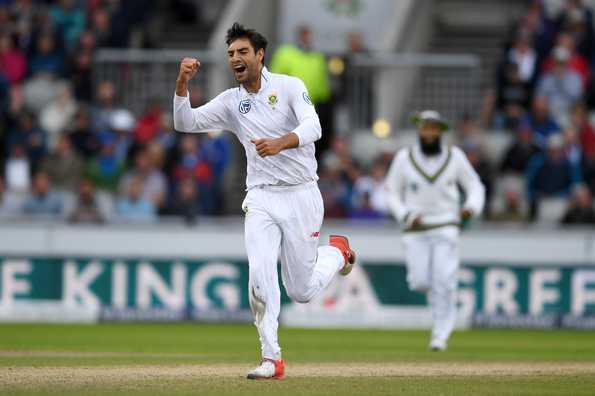 Momentum Cup league-leaders Dolphins were held to a sensational tie by the bottom-placed Knights in Bloemfontein courtesy a manic final over in the chase. Duanne Olivier may have been pipped by the young Lungi Ngidi for the Test spot left vacant by Dale Steyn, but he enjoyed success elsewhere as he held his nerve quite admirably to lift his side to their second tied game of the season.

When Olivier had the ball in his hand for the final over, he had 14 runs to defend. Dolphins batter Robert Frylinck smashed two sixes off the second and the third ball of the over to all but put an end to the fixture, as the equation was now down to just two runs off three balls. Olivier hit back with a dot ball, but a wide followed to tie the scores. However, the game was back on an even keel when Frylinck was out caught off the penultimate delivery. The drama was taken a notch higher as the other set batsman - Prenelan Subrayen - was out obstructing the field of the final ball to end the game with both sides on 233.

Earlier in the day, Knights rode on defiant half-centuries from opener Rudi Second and Patrick Kruger, while the Dolphins bowlers were on the mark. Dolphins batsmen too looked shaky against the Knights bowlers, until a half-century from Senuran Muthusamy and further lower-order batting cameos from Phehlukwayo, Frylink and Subrayen.

Elsewhere in East London, a more sedate fixture was played out as Titans steamrolled Warriors in a 121-run victory. Titans didn't start as well as they finished though, reduced to 18 for 3 before Heinrich Klaasen (66) and Farhaan Behardien (52) got them back. Albie Morkel followed it up with a whirlwind, unbeaten 80 off 63 balls to help Titans post 250 for 9 in 50 overs. Warriors too started poorly and couldn't get enough runs through the middle-order like their opposition, as Chris Morris and Tabraiz Shamsi picked three wickets each to kill the chase.