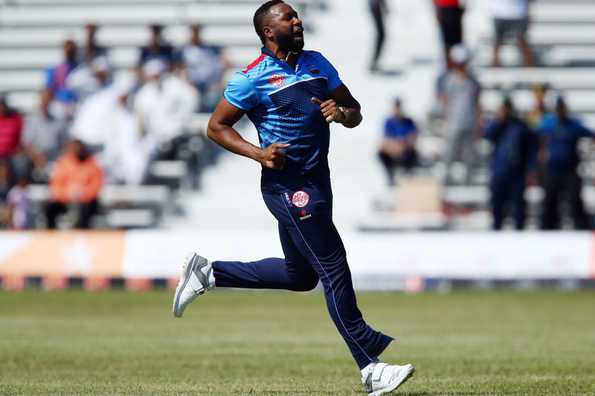 In what turned out to be a cliffhanger, Toronto Nationals usurped Montreal Tigers off the final of the match in Global T20 Canada, on Sunday (July 8). Toronto needed two off the last ball bowled by Peter Siddle, as Kesrick Williams thumped one down the ground to overhaul the target of 177.

While chasing down a competitive total, Toronto found themselves in early trouble at 27 for 3, with Steven Smith, Kamran Akmal and Johnson Charles all back in the hut. Anton Devcich and Nitish Kumar rebuilt the innings with a 93-run stand for the fourth wicket.

At that juncture, Siddle and Sandeep Lamichhane picked up the respective scalps of Devcich (43) and Nitish (46) to peg Toronto back. Darren Sammy, Navneet Singh and Usama Mir followed the duo of Nitish and Devcich back to the pavilion in quick succession, with Toronto sliding down to 149 for 8 in the 18th over.

However, Kieron Pollard and Mohammad Sami combined to smack Sunil Narine for a couple of sixes as the equation came down to 13 off six balls. Pollard then went into top gear by clobbering Siddle for a six and a four in the last over. Just when Toronto seemed to have sealed the deal, there was yet another twist, as Pollard top-edged a skier to to Nicholas Kirton. Unfortunately for Montreal, Williams landed the final punch to close the doors on the opposition ranks. To add more drama to the game, there were a few words exchanged between Williams and Siddle after the former steered his side home.

Earlier, George Worker and Moises Henriques had cracked fifties to lay the platform for Montreal's total. For Toronto, Sami snared three scalps for 34 runs while Pollard took the other wicket to fall.

The nature of the tournament is such that all six teams are still in the race as they face off in Round 2 comprising three matches.