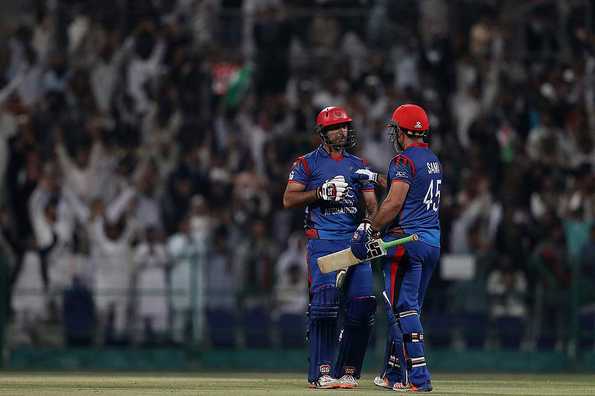 Afghanistan registered their third straight victory in the Desert T20 to finish at the top of Group A. They will now face the team that finishes second in Group B in the semi-final. Namibia's disappointing tournament came to an end after their 64-run loss, as they left without winning a single game.

Having won the toss, Afghanistan racked up a competitive total of 167 with contributions right through. The openers, Mohammad Shahzad and Nawroz Mangal, set the tone with a brisk 56-run stand. The innings suffered a wobble when three wickets fell in the space of four overs but Asghar Stanikzai, the skipper, and Samiullah Shenwari resurrected the innings with a 55-run stand for the fourth wicket. Some late hitting allowed Afghanistan finish with a total that could be defended.

It took only three overs into the chase though to establish Afghanistan's dominance. Namibia lost four wickets in this period to effectively end chances of a fight. The chase after that simplay meandered on until the final over when Namibia were bowled out for a paltry 103.