Gary Wilson takes over from Porterfield as Ireland's T20I captain 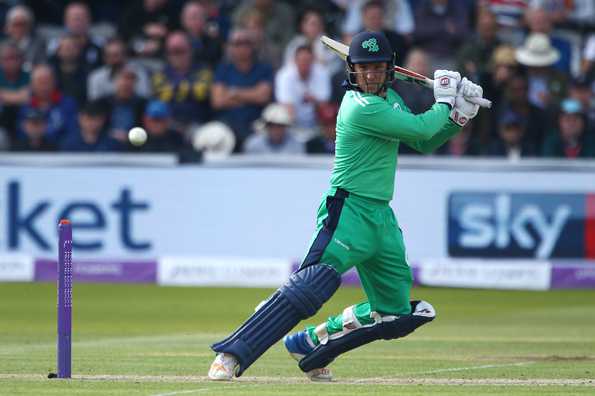 William Porterfield has decided to step aside from Ireland's T20I captaincy to focus on his leadership in the ODI and Test formats, Cricket Ireland announced on Wednesday (June 6). Gary Wilson has been named as the new T20I captain, with Porterfield continuing to be in the 14-man squad for the >tri-series against Netherlands and Scotland starting June 12<.

"It has been a huge honour to captain my country across all formats for the past 10 years, and I have been fortunate enough to captain Ireland at the last five World Twenty20s," Porterfield said."With the qualifiers only a year or so away, I feel that now is the right time for me and the team for a fresh voice and leader in this format. I will now focus solely on my batting in a format that I love playing. I would like to thank everyone for their support over the past 10 years and indeed in making this decision.""Finally I would like to wish Gary all the best in what is an exciting time for him."

Wilson, Porterfield's successor, has played in 53 T20Is and has been his team's batting mainstay for the past two years. In 2017-18, he has scored 256 runs in 8 innings at an average of 51.20, as also noted by Andrew White, Chair of National Men's Selectors.

"I am absolutely honoured to be asked to undertake this role," Wilson said. "With 16 months until the qualifying tournament for next World Twenty20 tournament in Australia, I believe this is a timely opportunity to prepare the squad for an important new phase in Irish cricket."I hope my experience and leadership in this form of the game will be of benefit in developing the next generation of leaders and am looking forward to the first step in this journey - the Tri-Series in the Netherlands."

Apart from a new captain at the helm, Ireland's T20I squad for the T20I tri-series sees a few other changes. Simi Singh, the 31-year-old who was among the wickets in the ICC Cricket World Cup Qualifier in Zimbabwe earlier this year, is in line for a T20I debut. James Shannon, Stuart Poynter and Andrew Balbirnie have earned recalls into the side while Andy McBrine, Jacob Mulder, Greg Thompson and Lorkan Tucker -- all of whom featured in Ireland's squad for the Afghanistan T20Is in India last year -- have been left out. Josh Little, who belatedly withdrew from Afghanistan T20Is in 2017 to focus on education, and David Delany were unavailable for selection.