Series dusted but crucial points at stake in Mumbai rubber 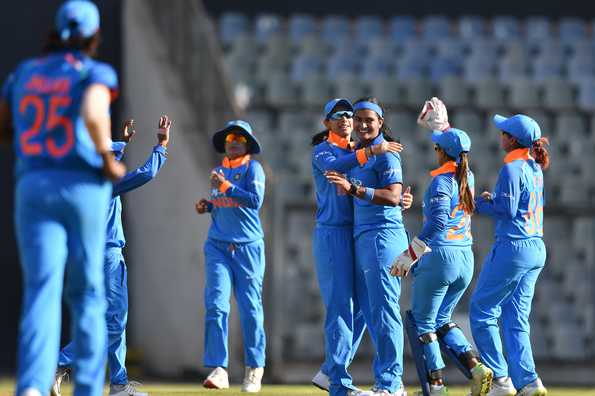 The series might be in the pocket, but with an opportunity to take a lead for the No. 2 spot in the ICC Women's ODI Championship up for grabs, there is a lot to play for for India, when they take on their English counterparts in the third one-dayer in Mumbai.

Both their wins have largely been orchestrated at the back of some good bowling performances, especially of the new-ball pair of Jhulan Goswami and Shikha Pandey. Their form, showcased by economic spells in the first game and four-fers in the second, has allowed their spin quartet to work with lesser pressure. Barring Natalie Sciver, who has scored 85 and 44 in the two matches so far, none of the other English players have managed to ace the conditions.

On the contrary, India's top three batters - Smriti Mandhana, Jemimah Rodrigues and Mithali Raj - have all made one noteworthy contribution. While the results have gone in favour of the hosts, with two comfortable wins, the ones who have got the odd opportunity - Mona Meshram and Harleel Doel - haven't made it count as yet. With several players in the fringe, chances may not be ample for them and they themselves, as much as the team, would want to make an impact in the last game.

England's veteran new ball pair - Katherine Brunt and Anya Shrubsole - have failed to make early incisions and that has been as much of a worry even as India haven't cruised at a high scoring rate. However, if both the Indian openers manage to get a good stand, the story could be different.

England are currently languishing at the seventh spot, with only five wins from 11 matches. A win, even in a series loss, would serve them well to move up the ranks in the ODI championship table.

What to expect:The temperature has been on the rise in Mumbai in recent days. It could touch 32 degree Celsius during the course of the match with some cloud cover as well.

England: With Alex Hartley not proving as effective and England in desperate need of a better batting performance, they might be tempted to bring in Danielle Wyatt.