Hope that this tour will inspire young people in Pakistan: Andy Flower 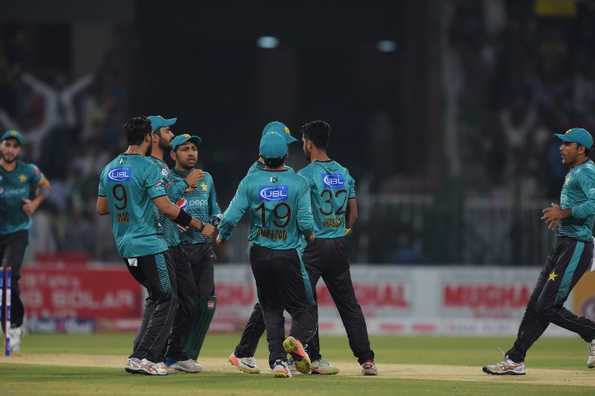 In the 1990s, Andy Flower had his share of riveting battles against Pakistan's pace attack. On occasions, he struggled to navigate Waqar Younis, especially during Zimbabwe's first two tours of Pakistan - 1993 and 1996. However, he guided the Zimbabwe team, limited in ability, through difficult times in international cricket. And played a key role in the African nation's first ever Test win that came against the Wasim Akram-spearheaded Pakistan side in 1995 by composing a hundred.

Fast forward to 2017, the former England coach was thrust into a different role. This role didn't demand Flower to buoy the national team's sinking ship. Instead, the 49-year-old was the coach of a World XI team that was embarking on a>tour to Pakistan.<

Ever since 12 gunmen launched a deadly attack on the touring Sri Lankan team near the Gaddafi stadium, Lahore, resulting in injuries to players, Pakistan has also been [largely] deprived of playing international cricket in their homeland due to security reasons. So ICC's Pakistan Task Team had the enormous task of bringing cricket back to the Asian country. After the conclusion of the T20I rubber, Flower noted that the series against Pakistan was more than just another 'tour'

"We said that this was more than just the cricket tour, the public showed their appreciation and the players interacted with the crowds at the hotel and at the ground, and the security agency proved that they can provide a safe and secure environment. I really hope this tour will inspire the young people in Pakistan; they've seen some of the best players across the world live in action and this might be the beginning of the cricketing journey of the next Hashim Amla or Faf du Plessis. One thing which I think we should all remember is that these are baby steps and I'm sure that Pakistan board will take one safe and steady step at a time.

"We go home on Saturday with memories that I hope the boys will cherish for the rest of their lives," Flower said. "This tour is another reminder of the fact that cricket transcends boundaries. The way Pakistani people and the crowd, particularly at this ground, cheered for us at the end of the second game which we won, and beat their national side, they made us feel right at home," he noted.

Faf du Plessis, the South African captain, observed that it was about taking one step at a time to ensure resumption of international cricket in Pakistan. "It's really important you take each thing one at a time and plan specifically for every tour," he said. "So whatever is the next step, [you need to put in] the same amount of energy and time and resources to make sure that it is planned as smoothly as this was. If you do out all those things, then definitely another step, another step, another step, to hopefully bring cricket back into Pakistan."

The World XI >comprised five South African cricketers<. However, du Plessis said that it doesn't mean the South African national team could tour Pakistan in the near future and it wasn't in his control.

"That won't be my decision. I can just relate my experiences over here, but there will have to be a complete different set of things put in place for South Africa to come and tour here. What I can say is the fact that we've been in Lahore here now and we did feel safe. I'm sure if there was an opportunity to come here and they saw all the procedures that are put in place and the feedback we as a players give, then that could be an option," he observed.