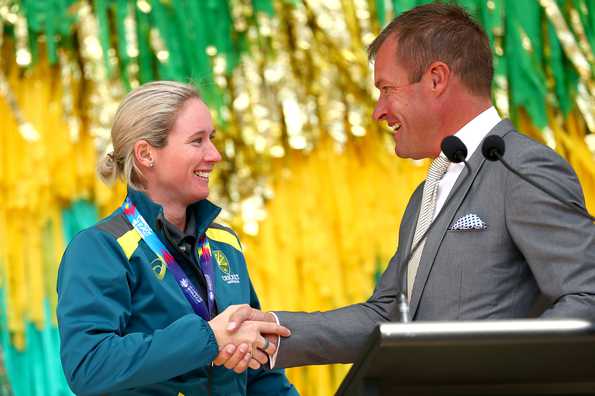 Perth Scorchers have completed a signing coup of sorts after they formalised the recruitment of Beth Mooney on a two-year contract. The No.1 T20 batter makes the move from Brisbane Heat, who she helped win back-to-back titles with consecutive player of the final performances in 2018 and 2019.

The acquisition of Mooney is a major shot in the arm for Scorchers and their prospects in the WBBL after Australia skipper Meg Lanning recently >moved back to Melbourne Stars<.

"I know that they are building for success and I'm looking forward to being part of that and bringing my knowledge and experience to the side," Mooney said. "I have heard great things about the people and culture at the WACA and I love the way Perth has gone about their cricket over the years. I'm really happy with my decision."

Mooney has been on an incredible run-scoring form over the last 12 months. She finished as the second-highest run-getter, behind Sophie Devine, in last season's WBBL. and followed those exploits by scoring a record-breaking 259 runs at 64.75 to be named player of the tournament in Australia's T20 World Cup win earlier this year.

In all, the southpaw's aggregate of 2576 runs in the WBBL second only to that of Ellyse Perry's chart-topping 2612. "Beth is one of the best T20 batters in the world at the moment and has experienced great success at both the domestic and international levels," Scorchers coach Shelley Nitschke said. "Her T20 statistics over the past 12 months are phenomenal, but what is really impressive is her ability to deliver on the big stage and under pressure."

The 2020 season of WBBL is due to start on October 17 although Cricket Australia made it clear upon announcing the schedule that it could change because of the Coronavirus situation.