Strikers make it two in two against Hurricanes 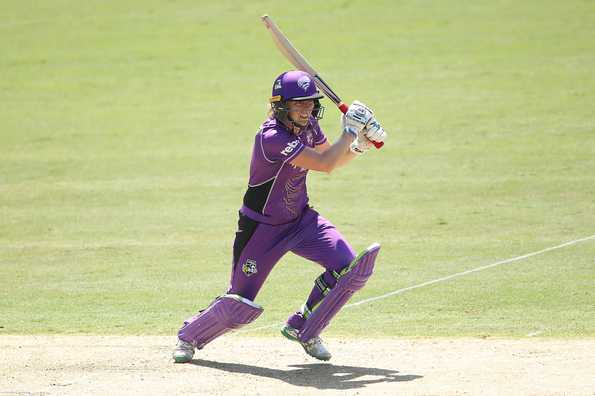 Adelaide Strikers picked up their >second successive win< against Hobart Hurricanes by defending 165 despite a brilliant Heather Knight fifty in the chase.

Set a target of 166, Knight held one end up and scored at a brisk pace but regular top-order wickets falling around her meant Hurricanes' chase never picked the right momentum. Wicketkeeper-bat Georgia Redmayne (24) and Stefanie Daffara (24 not out) made notable contributions but a late collapse meant Hurricanes could manage only 141 in reply, conceding the match by 24 runs.

Megan Schutt was the star with the ball, accounting for three wickets in her miserly spell of four overs where she gave away only 21 runs.

Earlier, opting to bat, the hosts were helped to a flying start by the experienced New Zealand pair of Sophie Devine and Suzie Bates. Devine, who finished unbeaten on 99 in the last game, was the aggressor in the 61-run partnership, slamming a brisk 40 at a strike rate well above 150 before Hurricanes could manage a breakthrough.

Knight threatened to trigger a collapse when she took out Bates and Bridget Patterson in the space of three deliveries in the 12th over. However, one-down batter Tahila McGrath took over the responsibility and fired boundaries all over the park to guide Strikers to a challenging total.