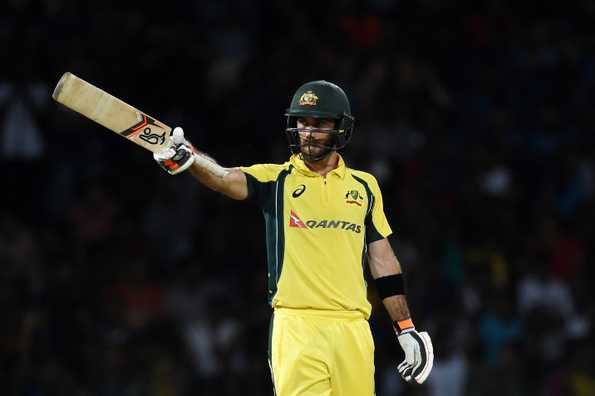 Glenn Maxwell is hopeful of making a return to action during Australia's tour of New Zealand, where they will play three T20Is starting from March 24. The all-rounder, who underwent elbow surgery in mid-February was expected to be out for six to eight weeks, but his recovery could be fast-tracked and he has also started light batting drills according to cricket.com.au.

"I'm still hoping for that New Zealand T20 series over there and if I can get up for that, I think that would be a great lead-in to the IPL and the rest of the year leading up to that World Cup hopefully," Maxwell told cricket.com.au on Tuesday (March 10).

Maxwell hasn't played international cricket since taking a mental-health sabbatical in October 2019, although he did take part in the BBL to lead Melbourne Stars into the final while enjoying a good tournament individually as well. On the back of that, the all-rounder was included in Australia's limited-overs squad for the South Africa tour.

However, the elbow pain he was managing through the tournament increased over the finals weekend, and surgery emerged as the next course of action.

"When I got the news that I needed surgery, I had to map out a bit of a plan of how I wanted my year to go and depending on how my elbow recovers... is going to be key on when my return date is," Maxwell said. "Pretty much every session I'd start off in a bit of pain - I'd try to get through that and find a way to play pain-free," he said. "Once I got through that (initial pain) I felt I was ready and once adrenaline takes over (in a game) you feel like you're ready to go.

"Towards the finals it started to get worse... I had the final and I was still in a bit of pain and got told by the surgeon that it requires surgery urgently. It was a bit of a shock to me and changed my plans a bit."

With all that behind now, Maxwell is turning his attention to a busy year ahead which includes a lot of T20 action. Apart from the international fixtures, there's the IPL, the Hundred and the T20 Blast. As for the mega-event itself, the all-rounder feels Australia are a team to be feared, after building a good head of steam in the shortest format.

"I'm trying to give myself as many opportunities to play T20 cricket this year and get myself right for that T20 World Cup.

"We've (Australia) moved our way up the rankings and into a position where teams should probably fear us on our home soil."