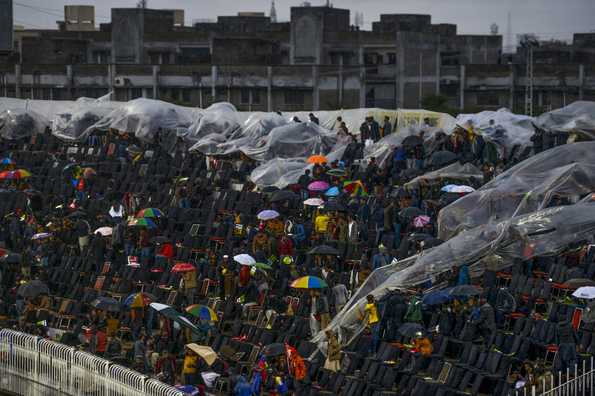 Another game, this time between Quetta Gladiators and Multan Sultans, in the ongoing Pakistan Super League was abandoned without a ball being bowled due to persistent rain on Wednesday (March 11).

Despite picking up one point from the washout, Quetta Gladiators still remain stuck at the bottom of the table with seven points - tied with Islamabad United and Karachi Kings - due to a low net run rate.

Mutlan Sultans, on the other hand, are already guaranteed qualification with 12 points and are perched on top of the table with just one loss in eight games. They, however, have had the most number of washouts - two - through the season.