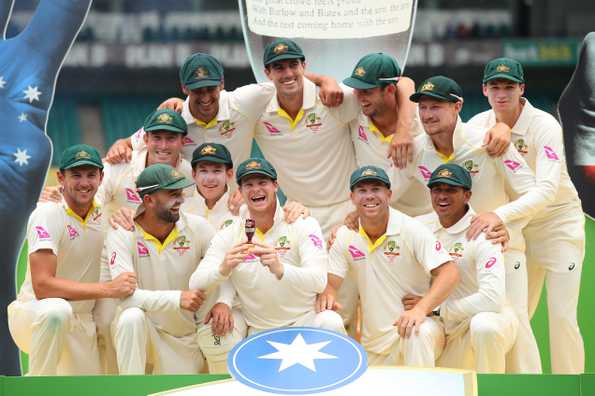 An unwavering Australia wrapped up a decisive fifth Test victory at the SCG and 4-0 series triumph on an Ashes finale overshadowed by an illness to stricken England captain Joe Root.

In a dramatic ending to a somewhat underwhelming series, Root struggled with a viral gastroenteritis bug forcing him to only be able to bat for an hour on Monday (January 8). He added 16 runs to his overnight score of 42 but was unable to resume batting after lunch.

Without their ailed captain, England crumbled after lunch against a withering spell from dynamic Australian quick Pat Cummins, who claimed three quick wickets as Australia completed a dominant series with an innings and 123-run victory. England finished on 180 for 9 with Root retiring on 58 not out.

In a fitting grim end to a nightmare Ashes tour for the hapless England, there was a dramatic start to the Ashes finale with Root not resuming his innings of 42 not out after being hospitalised with the bug. There were initial fears that Root had suffered from severe dehydration after being in the thick of oppressive conditions for much of Sunday (January 7) with temperatures hitting 57.6 degrees in the middle of the SCG at one point.

Amid stifling humidity, Root bravely came to the crease an hour into the day at the fall of Moeen Ali's wicket and quickly notched his fifth half-century of the series. He battled hard alongside Jonny Bairstow to reach lunch 58 not out as England's hopes of salvaging an unlikely draw increased slightly.

However, an ill Root was unable to resume his innings after lunch and England's chances quickly nosedived with Cummins, arguably Australia's best quick of the series, ending Bairstow's (38 from 143 balls) resistance with a piercing delivery that trapped the wicketkeeper lbw. Moments later, Cummins (4 for 39) bounced out Stuart Broad as England quickly plummeted to 148 for 7.

Cummins, the team's enforcer and emerging into Australia's best quick, then repeated the dose by dismissing Mason Crane with a brute of a short ball as Australia stormed to their ninth victory from their past two home Ashes series.

England started in a perilous position at 93 for 4 still trailing by 210 runs and without their captain at the crease. With Root ailed, struggling allrounder Moeen came out to bat with Bairstow and the pair shed their attacking instincts to defend gamely against probing Australian bowling. With Root stricken, the prevailing belief was that the embattled tourists would roll over but Bairstow and Moeen offered dogged fight on a pitch showing little wear although offspinner Nathan Lyon relished extracting menacing turn.

There were no chances for almost an hour until Moeen (13) was trapped by his tormentor Lyon on the stroke of the drinks break. It was the seventh time in the series Lyon dismissed Moeen, who finished a horrendous series with a miserable average of 20.

Despite every Test going into the fifth day for the first time in the Ashes since 1994-95, it was a lopsided series with none of the matches going down to the wire in thrilling fashion. Quite fittingly for a lacklustre contest, the Ashes finale at the SCG inevitably fizzled out to finish a one-sided Test and series.

After a convincing Ashes triumph, Australia will be celebrating long into the night having stunningly regained the urn. Conversely, an embattled England is set to feel the heat after a highly disappointing campaign ended in another embarrassment Down Under.