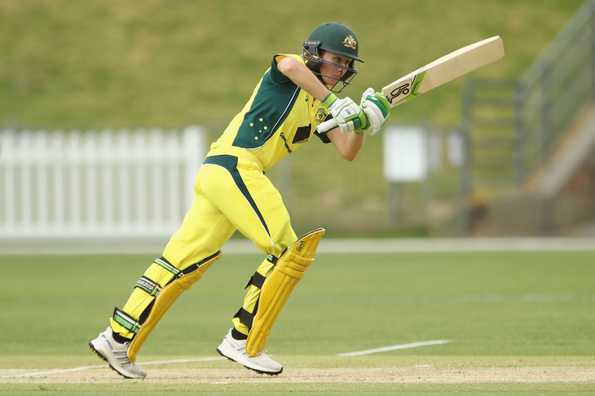 Having won the first warm-up match comfortably against South Africa, Australia's preparation for title defence received further boost as they steamrolled Pakistan by 9 wickets in the warm-up tie ahead of the ICC Women's World Cup 2017.

Having opted to field first, Australia tasted the success in the 12th over when Ayesha Zafar was caught on 21 by Meg Lanning off Belinda Vakarewa. Marina Iqbal could not open the account but Nahida Khan continued to display her array of strokes from one end before she became Ashleigh Gardner's victim in the 23rd over soon after completing her fifty.

Bismah Maroof's efforts to steady things did not receive much support from the other end. Things were so shambolic for the middle order that just one batter - Asmavia Iqbal - from the lower half of the batting line-up could get to the double digit as last five wickets fell for mere 34 runs.

It was a combined bowling effort from Australia as Sarah Aley picked up 4 for 16 while Jess Jonassen returned with 3 for 23.

Coming into bat, it was expected to be a cakewalk for Australia and the openers ensured that the plot was twist-free. Nicole Bolton's brisk 31 off 28, laced with five boundaries, set the tone before Beth Mooney's 63 off 72 sealed the deal. Diana Baig, though a little expensive with an economy of eight, was the lone wicket-taker as no other bowler came close to troubling the batters.

The win affirms Australia's tag as the favourites to retain the crown. Australia's World Cup campaign starts against West Indies on Monday (June 26). Pakistan, on the other hand, will be up against South Africa a day before on June 25.