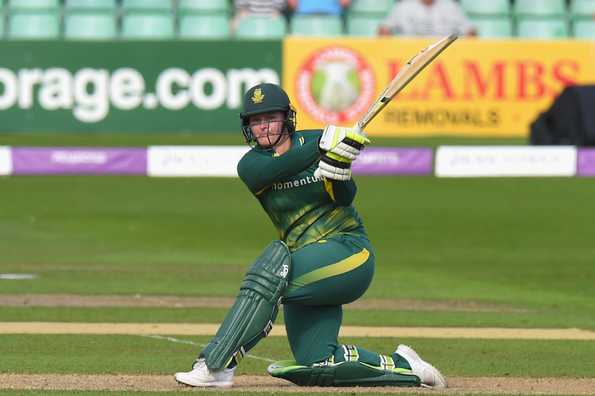 Half-centuries from Marizanne Kapp and Lizelle Lee helped South Africa gain series parity in Pietermaritzburg with an >eight-wicket victory< against Pakistan side on Saturday. Trailing n the series 0-1, South Africa first restricted the visitors to 128 from the allotted overs before a 96-run stand for the second wicket set up the much-needed win for them.

Electing to bat first, Pakistan made a slow start in the powerplay - making only 29 runs - but crucially, didn't lose a wicket. However, Tumi Sekhukhune struck soon after and sent Javeria Rauf on her way back. Omaima Sohail followed suit soon after as both openers failed to capitalise on their start.

Nida Dar, the player of the match in the previous encounter, was in and out in a jiffy and it was left up to Bismah Maroof to steer Pakistan to a respectable total. The Pakistan skipper forged a 49-run partnership with Aliya Riaz, but did the bulk of scoring herself as the pair took the team past the 100-run mark. She raised her fifty of 39 deliveries and then stepped on the accelerator in the death overs. The skipper fetched 31 runs off the final 16 deliveries she faced, taking her side to a fighting 128.

In reply, South Africa fared better in the powerplay. The first over, bowled by Dar, alone went for 16 as the hosts made 35 in the six-over phase but Sana Mir also got Pakistan the wicket of Tazmin Brits. However, Lee and Kapp joined hands for what turned out to be the match-winning stand for the home side.

Both batters were cautious at start, but Lee picked up pace in due course. She raised her half-century off 45 deliveries - her eighth for South Africa. Kapp caught up with her partner soon enough, and registered her maiden T20I fifty off 49 balls.

Mir returned in the 19th over - when South Africa needed 12 to win - and gave only five runs in singles, leaving Dar with seven to defend off the final. The see-saw final over saw Kapp hit a boundary and then pass the strike to Lee, who consumed a dot before getting out on the fourth ball of the over with South Africa still needing two runs. However, Kapp and Chlor Tryon ran hard between the wickets to wrap up a morale-boosting win off the penultimate ball.

The five-match series is levelled 1-1 with the third game to be played at the same venue, on Sunday (May 19).