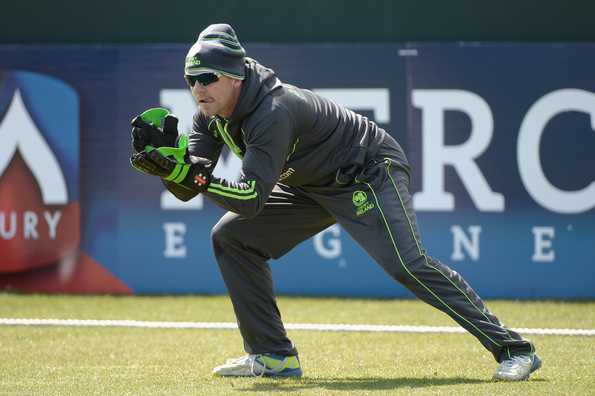 Ireland received a major boost on Thursday (July 28) as the trio of Niall O'Brien, Craig Young and Boyd Rankin were named in the squad to face Pakistan in a two-match One-Day International series next month.

The trio did not feature in the series against Afghanistan earlier this month which ended 2-2. While O'Brien and Young were recovering from calf and elbow injuries respectively, Rankin's stint with Warwickshire prevented him from taking part.

"It's great to have an almost full-strength squad to choose from," said John Bracewell, Ireland's head coach. "The bowling unit performed superbly against Afghanistan with the younger seamers in particular, putting their hands up. The return of Boyd and Craig adds to that department and gives us plenty of options which is exactly what a coach wants."

Bracewell was particularly thrilled with the return of O'Brien considering Ireland's top-order, barring veteran Ed Joyce, struggled to put up consistent performances against Afghanistan. Skipper William Porterfield failed to register even a single half-century and Sean Terry, who made his debut in the series, was dismissed for single-digit scores in all three matches he played at No. 3.

"The return of Niall adds experience to the top order," Bracewell said. "We tried a few different permutations with the batting order last week - some of which worked and some which didn't. Ed Joyce was obviously the stand-out performer in his new role as opener, and it was great to see Gary Wilson return to form."

The last time Pakistan visited Ireland, they won the series 1-0 after the first match ended in a dramatic tie with Kevin O'Brien smashing an unbeaten 84 off just 47 deliveries. The hosts were on the verge of winning the second game but Pakistan held their nerve to eke out a two-wicket win in the end. Bracewell now hopes for more of the same in the upcoming series.

"It should be a fantastic series," he said. "There's a great recent history between the two countries with some great matches over the past decade, and I'm certain it'll be two tough games when we meet in Dublin next month."

The first ODI will be played on August 18 in Dublin.